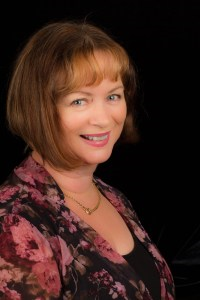 Donna Maree Hanson is a Canberra-based writer of fantasy, science fiction, horror, and under a pseudonym paranormal romance. Her dark fantasy series (which some reviewers have called ‘grim dark)’, Dragon Wine, is published by Momentum Books (Pan Macmillan digital imprint).  Book  1: Shatterwing and Book 2: Skywatcher are out now in digital and print on demand. She's touring with Shatterwing at the moment and its free on ebook for a limited time as part of this promotional tour.

Details on how to get a free copy of this book are at the end of the coffee chat.

D L: How do you take your coffee and what is your favourite time of the day to indulge?

Donna Maree: Coffee used to be my best friend. I’d drink lots of it, home expresso or out in cafes. I think coffee is a very social drink. It was makes having to cut down a bummer. Note I said cut down and not give up! I usually have coffee in the mornings and usually with work mates. Otherwise I’m a traitor and drink tea on my own. There’s such a ritual about coffee drinking and what someone orders says so much about them—like are they easy going or are they finicky and then there’s bad coffee when we all join together in outrage. So with my reduced coffee intake (this is going to sound appallingly bad!) I take a very weak café latte and wait for it (once per week as a treat). I do not have any instant coffee in my house, only beans which we grind. So I sort of qualify as a purist.

D L: How did you come up with the idea for Shatterwing?

Donna Maree: Shatterwing (Book 1 of the Dragon Wine Series) started out as a short story that wouldn’t behave.  So I was encouraged to write more and I did. The opening scene starts in a vineyard where they grow grapes for Dragon Wine. I owned a small vineyard at the time (nearby in Murrumbateman) and I thought a lot of the story up while pruning grapes and staring at goats. I also added in some ideas and scenes that I had written elsewhere to make the book For example, Nils of Barr was invented during a workshop with Trudi Canavan.

D L: How are you writing two series at once? Do you have overviews for each? Storyboards? Is it a challenge switching from YA to adult fiction?

Donna Maree: Well I’ve been writing quite a while. I started Dragon Wine (Shatterwing and Skywatcher) in 2003 so that’s a long time ago. I didn’t work on them all the time. I’d go nuts so I wrote other things. Also, I usually do writers’ retreats in January and I like to have a new project to start. Ruby Heart was a book I wrote during a retreat. First draft of 80,000 words so I had the year to play with it. I’ve written more in the Dragon Wine world on a retreat way back when…say 2007 0r 2008? So when you look back in time like that you can see that I can work on many series at the same time, except it’s not the same time (time warp your brain here).

To answer your question more specifically – no storyboards. That would be organised! I use white boards and note books but not in any  normal sort of way. White boards are for goals (currently listed with books I want to write and books I need to revise). I don’t have trouble switching between genres or stories. I just need to get a point where I can disengage and dive back into something else. For example, for NaNoWriMo I obeyed the rules and started a new project so I have 50000 words of a SF romance drafted. Before that I was working on a Regency Romance (a dream project) and I have about 65000 words of that drafted and then I diverted onto revising a young adult novel and sent it out to beta readers. Of course I have decision paralysis about what to work on next. Luckily I have January off to write. Christmas derails me usually.

D L: How long have you been writing?

Donna Maree: I started creative writing in 2000 I think so that makes 15 years. I was thinking I don’t spend anywhere near as much time writing as a I used to and that worried me. But then I think I don’t redraft as much as I used to. I also don’t write anywhere near as many short stories as I used to. I’m more selective on what I work on. I also think I don’t need as much practice as I did in those early days when I was such a newbie. That doesn’t mean I am not trying to improve as a writer. I am, but I’m more strategic, more thoughtful in my approach. I have some physical limitations so I have to be careful. I do sigh and think about spending the whole day on the computer and how wonderful that would be but it’s not healthy to do that.

D L: What are you currently working on?
Donna Maree: I am always working on many things at the same time. Either thinking, revising, drafting. I mentioned an SF romance. That’s called Cold Soldier and I can’t decide if it’s romance or more SF with romantic elements. It will take a while to finish it and then decide. I’m ready to do a final run through of Into the Dark Glass which is my latest YA manuscript. Ruby Heart hasn’t sold so I’ll be shopping this one in 2016 instead. I also want to finish Tainted Lady which is a Regency romance and of course I have Death Wings, Dragon Wine book 3 to get out next year some time which is currently in revision. I’ll also be self-publishing a YA fantasy called Argenettera in 2016. It’s going to the editor end of December and I’m working on a cover with a designer. I wrote that way back in 2002 I think and I’ve been working on it on and off for years. It’s a portal fantasy and the opening has been kicking my butt for more than 10 years.


D L: When you have coffee, do you have it with cake or biscuits?

Donnaa Maree: Because I have been dieting (I’m such a bore) I have forsaken biscuits as a regular thing. However, I’ll tell you a secret. I ate a whole panettone the other week! It’s great with coffee or tea actually and I first picked up the addition to Panettone in Italy in 2000. Panetonne is fruit bread but careful it’s loaded with butter. My other faves though are shortbread, particularly homemade, fudge brownies, peanut butter and choc chip cookies etc etc…you see why I need to diet I think.

Thanks for the chat. Now here's  a bit about the book. 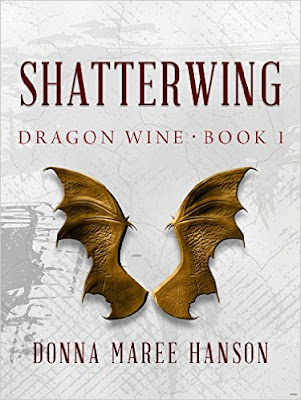 BlurbDragon wine could save them. Or bring about their destruction.
Since the moon shattered, the once peaceful and plentiful world has become a desolate wasteland. Factions fight for ownership of the remaining resources as pieces of the broken moon rain down, bringing chaos, destruction and death.

The most precious of these resources is dragon wine – a life-giving drink made from the essence of dragons. But the making of the wine is perilous and so is undertaken by prisoners. Perhaps even more dangerous than the wine production is the Inspector, the sadistic ruler of the prison vineyard who plans to use the precious drink to rule the world.

There are only two people that stand in his way. Brill, a young royal rebel who seeks to bring about revolution, and Salinda, the prison’s best vintner and possessor of a powerful and ancient gift that she is only beginning to understand. To stop the Inspector, Salinda must learn to harness her power so that she and Brill can escape, and stop the dragon wine from falling into the wrong hands.

Dragon Wine Book 2 :Skywatcher, the follow on book is also available in ebook and print. 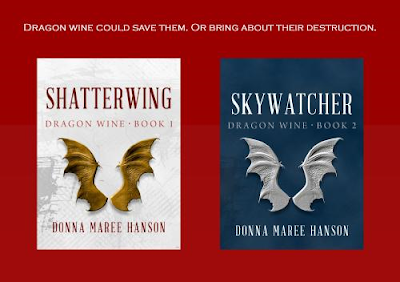 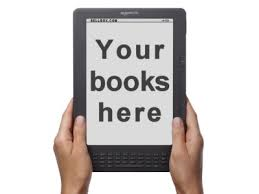 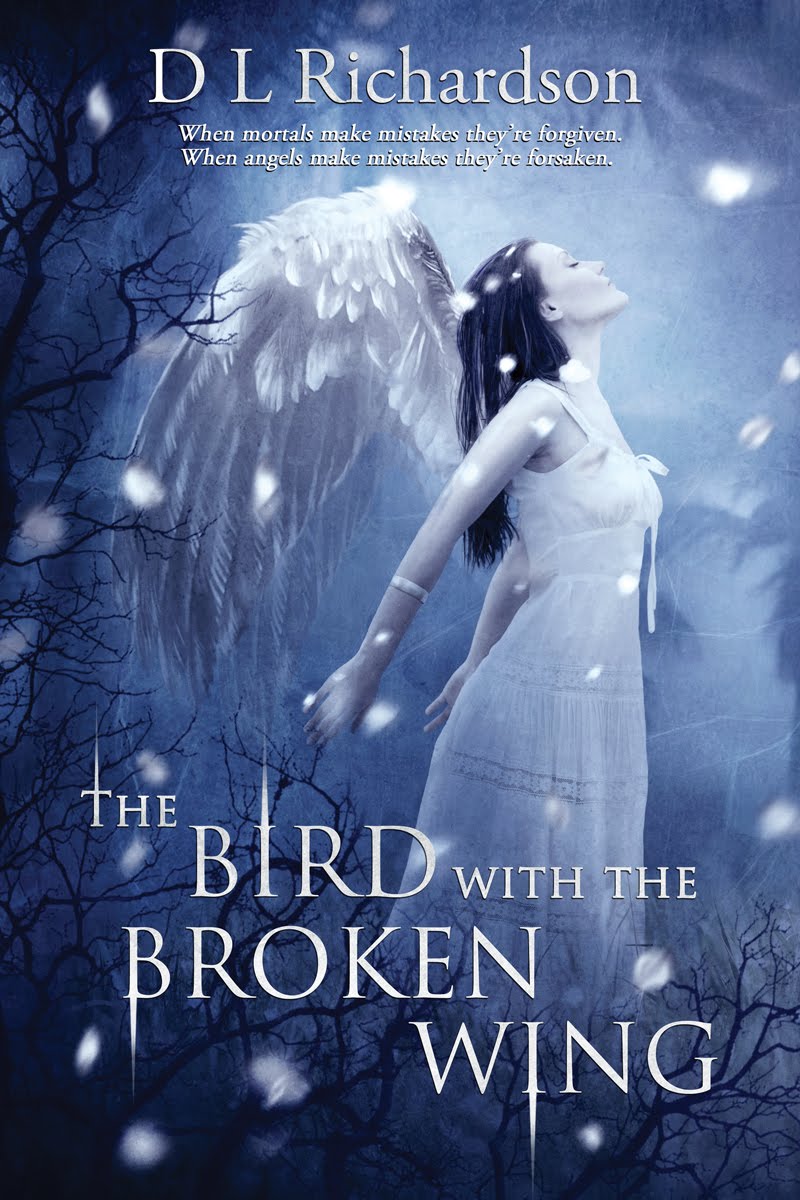