It started out as a discussion group on Amazon. "Who likes Apocalyptic fiction and why?" I asked this question and received so many great recommendations for books to read. Why did I ask this question in the first place? Because I'm writing two different sci-fi apocalyptic novels at the moment, and I really wanted to know that I had an audience. A writer's worst nightmare is to write a book that nobody wants to read. Yet, often its a case of nobody being able to find your book in the highway jam that is the internet.

Everyone will tell you that word of mouth is still the best way to sell a book. The industry is clogged with books. Just like the highway, the jam is full of good cars and bad cars, and the online book industry is the same. Asking a question like "Who likes Apocalyptic fiction and why?" on an Amazon discussion group was the best way for me to get a list of books to purchase. This is the word of mouth that advertisers talk about.

It was as if readers of this particular genre were all standing around a virtual water cooler and telling everyone in the group which books had kept them up the night before.

You can start a discussion group by visiting Amazon http://www.amazon.com/forum/amazon%20discussions%20feedback

Disclosure: I am not endorsing Amazon in any way, I just found this method really easy and interactive and honest because it's against the rules to advertise your own book, and so many other platforms seem to be ShoveABookCoverInMyFaceAndSellSellSell. 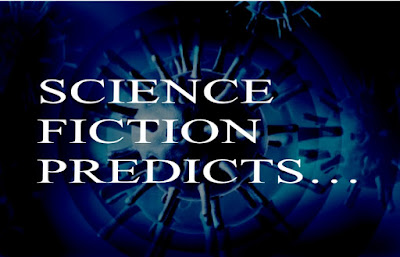 Now, to the name of this post. One common theme about apocalyptic fiction is that science fiction predicts a future. It may not be THE future but it could be A future. To me, the entire premise of science fiction is to analyse the world as it stands now, look for patterns of change to create a better world, and write about the consequence if one of those points that could be changed, isn't.

"A Canticle For Leibowitz" by Walter M Miller Jnr. Wow. I'm so glad this book was recommended to me because I would never have chosen it otherwise. Truly enjoyed this masterpiece. 5 stars.

"2312" by Kim Stanley Robinson. I enjoyed it, it was well written, and the science was fantastic, but not overall a Wow book. 3.5 stars.

Interstellar - Stars Matthew McConaughey and Anne Hathaway. The story of a world undergoing desertification. It's a real scenario. It could be what happened to Mars. The ending is unusual, but without this ending it would be the typical Hollywood trope of man saves the planet. 4 stars.

The Road - based on the book by Cormac McCarthy and starring Viggo Mortenson of Lord Of The Rings. The future is horrible in this scenario. Yet again, I can't help feeling that it's a possible future for mankind.

Here is a brief look at what science fiction has predicted over the decades in the movies.

1950s - attacks from Mars
The Flying Saucer, The Day The Earth Stood Still, It Came From Outer Space, Attack Of The 50 Foot Woman

1960s - mutations and deep space exploration
The Day Of The Triffids, The Amphibian Man, The Damned, 2001 A Space Odyssey, Wasp Woman

1980s - the future and space wars
The Terminator, Back To The Future, Mad Max, The Running Man, The Empire Strikes Back, Star Trek movies, Flash Gordon, Escape From New York

2010s - remakes, seriously, this is the decade of remakes and rehashes
The Thing, Dredd, Total Recall, Man Of Steel, Captain America, Rise Of The Planet Of the Apes, TMNT, Mad Max Fury Road

I hope things change because remakes are all well and good, but it's lazy.

In summary, the two sci-fi novels that I'm writing are taking a look at the world as it stands now and speculating on what might happen if the current trend continues. I hope to have some news for you soon on when these books will be ready to read.

Until then, enjoy reading and watching your sci-fi.