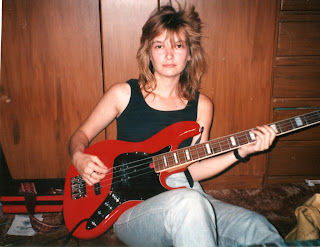 The songwriting muse has been hitting me over the head. I've been writing a song a week and these are the best songs I've written in my life. The music and melodies are better. The lyrics are my finest.  For those who don't know, I used to be a singer/songwriter/musician in my late-teen through to my mid-twenties. I gave it up to write novels.  So why are my songs better now? It's because novel writing has taught me to dig deep, to build a character, to connect with an audience, to find the truth and uncover it, and not be afraid to uncover it.  Authors develop characters in their novels. One way to do this is called 'the ghost of the lie', where the author might do a character interview to find out what is motivating them to act a certain way. For example, a single man never goes beyond the third date with any woman. When pushed by his friends why he won't settle down, he says it's because he is almost finished with his boat and he's going to sail a
Post a Comment
Read more

WIN A BUNDLE OF MYSTERIES WITH HUMOR! 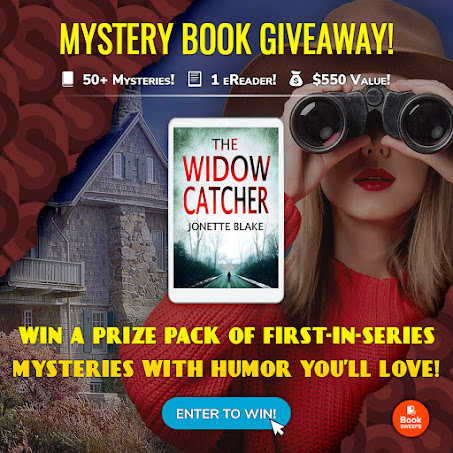 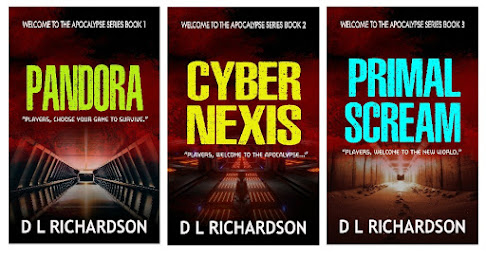 For those of you who have perused my website to check out my books, you'll already know that I write standalone novels and serialized books. When I started, I never wanted to write a series. They take a long time. I have so many story ideas that I felt I might be trapped in one world. But when I began writing sci-fi, it wasn't a choice anymore. Sometimes it is the world or the story or the character that can drive an author to write a series. So what are a few ways for an author to write a series?  1) The trilogy, or quadrilogy depending on the number of books, such as The Hunger Games, the Expanse, Lord of the Rings. These books need to be read in order because there is often a different focus per book with an overarching story. 2) The character-themed series where each book can be read as a standalone, such Jack Reacher, Alex Cross. These books can usually be read in any order because they are one situation with a resolution, but there is still backstory that readers would be
Post a Comment
Read more

Update on Earth Reclaimed, book 3 in the Earth Quarantined trilogy 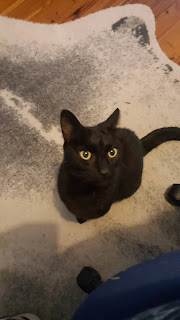 Welcome to my blog.  My Earth Quarantined series is getting a great welcome on this book tour. Some early reviewers have alerted me to typos. So my sincere apologies. I am fixing these now and uploading a new version to Amazon.  Work on the third book is well underway. I have a few personal issues affecting my writing.  Firstly, I rescued a cat from our drain. Found out he was eleven years old, so I decided to officially adopt him. It has been an adjusting period having another pet in the house. Our thirteen-year-old dog has needed more adjusting than me because the cat is more enamored with the dog than the dog is enamored with it. As I am typing this, the cat is trying to sit on top of me and the dog at the same time. We’ve finally developed a routine, though the cat still doesn’t quite know boundaries. (He is now sitting on my arm.) His name is Panther, though because of his age I often call him Old Man that I was considering changing his name to Dax. If you’re a Star Trek fan you’l
Post a Comment
Read more