Showing posts from January, 2013
Show All

Well, my third novel Little Red Gem is off to my publisher of choice. Writing 60,000 words is difficult enough, the editing process is doubly difficult in that you're tidying up bits here and there, you're looking at chunks instead of the whole book, or you've looked at it over and over and can't pick up the typos anymore. So it wasn't until I tweaked the ending and did the final read through that I really fell in love with this story. The thing that surprised me most is that I'm not a romance writer, so why was I even attempting to write a young adult paranormal romance novel? In typical "me" fashion, if I was going to do this, I wanted to do it well. I think I have nailed it. I'm very happy with the end result and I can only hope the publisher is too. So what are some of the things I did differently with Little Red Gem from what I did with The Bird With The Broken Wing and Feedback ? Point of view: Little Red Gem is the first novel o
Post a Comment
Read more 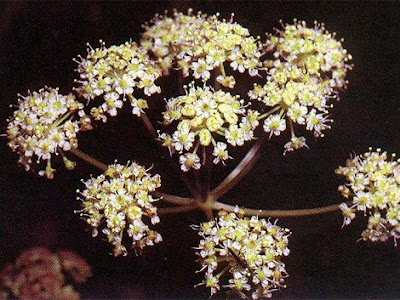 Plants often featured in literature. They can either be the setting for a murder, as in a jungle or greenhouse, or they can be the actual murder weapon, as in strychnine or cyanide. Plants are also featured on many books covers, such as ivy that strangles or deadly nightshade that is beautiful yet toxic.   Plants have many uses in real life as well as in fiction novels. Healers use the flowers, roots and leaves to extract deadly poison to make life saving potions. Witches traditionally do the opposite, extracting the goodness from a plant to create a deadly potion, though historically witches and healers were the same thing. Speaking of history, the W olfsbane plant was once used as means of detecting if a person was a werewolf.   Here, I take a look at some of the world’s deadliest plants. Some of which are still commonplace in gardens and yards around the world. Hemlock   Hemlock is perhaps the most common plant in literature as it is often associated w
Post a Comment
Read more

Goodreads book giveaway "The Bird With The Broken Wing" 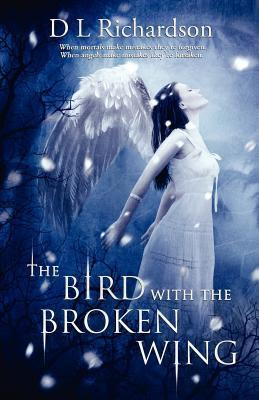 I'm holding a giveaway on Goodreads where one lucky reader will will a print copy of The Bird With The Broken Wing. 1 copy only up for grabs. Ends Feb 25, 2013. Will it be you? It might be, but only if you enter. Goodreads Book Giveaway The Bird with the Broken Wing by D.L. Richardson Giveaway ends February 25, 2013. See the giveaway details at Goodreads. Enter to win
Post a Comment
Read more

Conflux 9 – The 52 nd Australian National Science Fiction Convention Rydges Capital Hill, Canberra ACT April 25-28 2013 I've recieved in my inbox the confirmation for the Conflux 9 convention I'm participating is as a workshop holder and panel member .   Workshop - Focus on the message not the messenger - navigating the marketing minefield Panel session - Elegant promotion or just plain annoying - Promoting yourself with social media. The tips and traps of promoting books, films, events or your sense of humour. Take a journey through good and bad examples. This panel discusses various pros and cons of reaching audiences in this digital age . I've also put in requests for a few other panel sessions which I think are suitable, so fingers crossed I get chosen. Anyone wishing to check out the entire program can do so here Conflux 9 Conflux has organized a Steampunk High Tea at 3pm Thursday 25 April 2013. Here's what an attende
Post a Comment
Read more

That’s what a small group of 14 year old English students had to say recently about my young adult novel The Bird With The Broken Wing . I've always wanted to be a writer, and an international one at that, still I never expected an American publisher would be the one to accept my debut novel. I submitted novels to every Australian publisher, and I’ve been rejected by every Australian publisher. But which writer hasn’t been rejected? Most of the responses were similar – publishers were looking for something unique. Well, I believe I've penned a unique novel in The Bird With The Broken Wing. I attribute much of my success to my childhood. I grew up in the late 70’s in the western suburbs of Sydney. We didn’t have all the gadgets kids today have. We played air guitar and pretend games. We used to drive our mum nuts by dragging all her sheets out into the yard and fashioning houses out of the sheets and the washing line. We’d drag all the food out of the pantry and then
Post a Comment
Read more

2013 is shaping up to be a great year. So far I've held a book signing, and I've got school visits and workshops lined up over the next few months. I keep everything in a diary, so when I looked back over 2012, I saw that it was an extremely productive year. ​ JAN - final round of author edits on Feedback commenced FEB - author edits of Feedback continued MAR - book trailer for The Bird With the Broken Wing created, 5 lucky winners recieved an ebook copy of The Bird With the Broken Wing   APR - Feedback submitted to Etopia Press and accepted for publication, Dear Teen Me letter published, local book store called to stock print copy of The Bird With the Broken Wing author started writing Little Red Gem JUL - more SWAG posted to fans and bloggers, checked EBAY for storage cupboards (promo items start arriving and I have no where to store them), email database created, release day of Feedback advised Sept 7 (though this is later changed) ​ AUG - advance copy of
1 comment
Read more

Tips for holding a book launch

Firstly, welcome to my brand new author blog. I created an author blog in February 2011 when I received my first publishing contract with Etopia Press because an author needs a profile, then I didn't post on it because I didn't quite have anything to post. I felt as if I was repeating the same thing on each of the different social media channels so what was the point? I turned that blog into an e-zine for teens called I nterestTeen where I post articles that my target audience might find helpful and informative. Anyway, I decided to create this author blog because I really should have one, even if it is only for posterity's sake. So today, I held my first book launch in a local book store for my first novel The Bird With The Broken Wing which, although was released as an ebook in September 2011, was only released to print in October 2012 . Book launches are nerve wracking to say the least. Will anyone show up? That's my biggest fear. I'm a grin-for-n
4 comments
Read more