Showing posts from April, 2013
Show All

Like a kid at Christmas - print copy of Feedback recieved 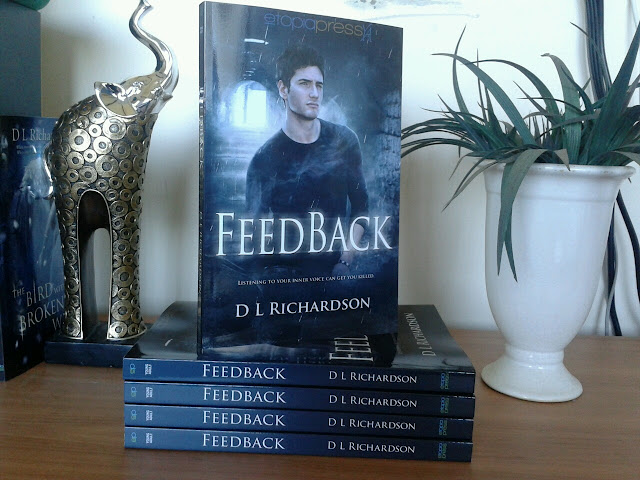 I can't help it, I'm like a kid at Christmas. Look what just arrived in the post. My author copies of FEEDBACK from the publisher. I want to keep them all to myself, but like a painter who paints a picture, I have to sell my work in order to eat. But I will keep one for me and my husband always wants a free signed copy too! Pity, they look good on my shelf. Want your own copy? Here's a few places where you can buy FEEDBACK online. AMAZON    |   BARNES AND NOBLE    |   BOOK DEPOSITORY POWELLS    |   BAM    |   AMAZON UK Don't want to buy online? You can always ask you local bookstore to order it in for you through these online sites. ABOUT THE AUTHOR D L Richardson is the author of speculative fiction. She has three teen novels and one short story anthology published. Her first novel reached number 2 at OmniLit and number 38 at Kobo Books. Her second reached number 1 at OmniLit. Little Red Gem is her third novel and recently won 2 nd place Best Books
Post a Comment
Read more

- April 19, 2013
Is it just me, or are more and more reality shows becoming bully generating factories? Trainwreck TV is the term given to reality TV shows like My Kitchen Rules and Gordon Ramsey’s Hell’s Kitchen, and with so many organisations, government bodies, and authors doing their bit to clamp down on bullying, how is that these shows are even given air time? Gordon Ramsey can’t cook an egg without telling an aspiring chef how useless they are for bringing him the wrong *$%#$&#% egg. My Kitchen Rules contestants openly ridicule one another over cupcakes!! And don't get me started on The Biggest Loser. Forcing contestants to train till they puke is never going to be considered okay behaviour in my books. Bullying is typically an act of nastiness against someone else in order to make the bully feel good. Bullying occurs in schools, in the workplace, even in the home. The effects can leave a person feeling alone, unsafe, afraid, even ashamed. The sense of feeling alone can often
Post a Comment
Read more

The Notion of Belonging in creative writing 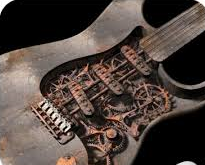 GET READY FOR PRINT RELEASE OF FEEDBACK - APRIL 2013   Join An ex-Muso's Street Crew   Street teams are becoming popular with indie authors. Yet the street team is nothing new. ​ The street team is a phenomenon rooted in the music world, where fans are so committed that for nothing more than the love of the band they will gladly do the grassroots marketing that big companies have to pay even bigger money for – leveraging social media, word of mouth “advertising”, postering or even the mundane chores of helping the band set up or sell tickets. The pay-back is being in the trusted inner circle for a beloved band.​ That street teams have moved into the publishing world is exciting.​ Creating my own street team really tickles my insides because I once played in a band and used to place stickers on everything in the middle of the night so I didn’t get caught.​ W hy the name? For a very long ​ time I sang in a choir or in front of a band. When I left school, I helped
Post a Comment
Read more
More posts