Showing posts from July, 2013
Show All

- July 23, 2013
Have you shared this Freebie yet!!! 11 short stories, 70 pages. home of D L Richardson, fiction author: Free short story anthology - Fear of Falling D L R... : Eleven of my personal favourite short stories have been compiled into my first anthology. For a limited time this anthology is free to do... ABOUT THE AUTHOR D L Richardson is the author of speculative fiction. She has three teen novels and one short story anthology published. Her first novel reached number 2 at OmniLit and number 38 at Kobo Books. Her second reached number 1 at OmniLit. Little Red Gem is her third novel and recently won 2 nd place Best Books of 2013 Paranormal Cravings. She lives in Australia on the NSW south coast with her husband and dog. Contact information Email                    dlrichardsonbooks@bigpond.com   Blog           www. dlrichardsonwrites.blogspot.com Website            www. dlrichardson.com Facebook      http://goo.gl/560JXl   Twitter                 www. twitter.c
Post a Comment
Read more 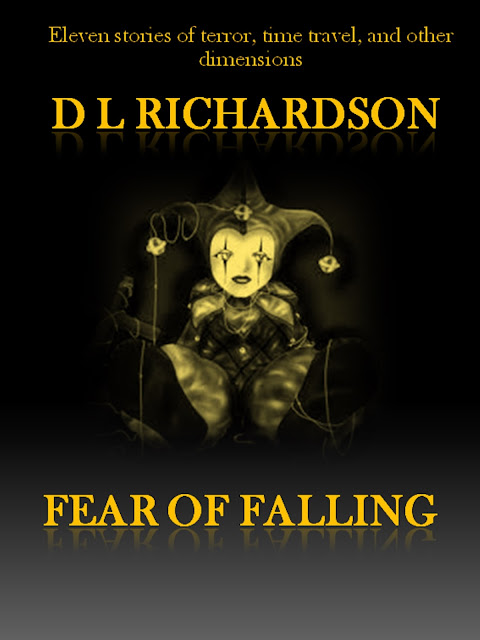 Eleven of my personal favourite short stories have been compiled into my first anthology. For a limited time this anthology is free to download at Smashwords . Here's a taste of what's inside: Fear of Flying “I don’t know what all the fuss is about?” my boss shouted down the phone line. “You go skydiving all the time. Either you’re on the plane to London or you’re looking for a new job. Got it?” The line went dead. So did my insides at the thought of a plane trip. That night during dinner Susie put down her cutlery and said, “You look like someone’s died.” “I’ve got to go to London tomorrow.” She’d resumed eating. Susie never let anything spoil her appetite since falling pregnant with twins. “So you’d better get packing.” “I can’t go to London.” “You’re not afraid of flying. You go skydiving every month.” “It’s not that.” “You have a passport, though god knows why, it’s not like we can afford to go anywhere on your salary.” Her shou
Post a Comment
Read more 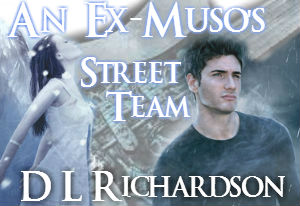 I have discovered something new. Pixlr . I've no idea what it is, but I will of course Google it right now and find out how a street team member made some wonderful promotional buttons for me. Right, now that I've disappeared for a few seconds and Googled Pixlr, I've discovered it is a  free online image editor space. What inspired me to check out Pixlr? One of my "An Ex-Muso's Street Team" members created promo buttons as part of her street team promo. I love them. Pixlr looks simple to use, even a novice like me should be able to create promo buttons. In the meantime, I'll share with you the images created by Ashley.  The designer of these buttons is Ashley. She runs a blog called Book Marks The Spot . She is often called "Ryan" though you'll have to read her blog to find out why. For her efforts, Ashley will receive a little gift in the mail shortly. If you'd like to join "An Ex-Muso's Street Team" and
Post a Comment
Read more
More posts