Conspiracies and their use in Fiction

The CIA has revealed that Area 51 is real. About time. But before you get too excited, a newly declassified CIA document confirmed the existence of famed Area 51 in Nevada, but offered no proof of alien spaceship landings at the site.

I love conspiracy theories. And conspiracies feature often in fiction. The best known novels are perhaps The Da Vinci Code by Dan Brown, The Girl With The Dragon Tattoo by Stieg Larsson, The Bourne Identify by Robert Ludlum...the list goes on and so do the conspiracies. Goodreads has a great list of conspiracy books. Full list here

Here is a list of conspiracies I tracked down while researching for my spy/thriller Feedback.

Seen flying beside bombers during World War II, the Allieds thought these mysterious balls of lights were German aircraft. After the war, the Germans revealed that they also saw these aerial foo fighters. To this day, nobody has discovered what the foo fighters were. Are these foo fighters UFOs, or are they the work of something more sinister?

BAR CODES
Are barcodes a means of identifying a product, or a mean of controlling people?

Some conspiracy theorists have proposed that barcodes are really intended to serve as means of control by a putative world government. Others believe they are Satanic in intent. There are claims that barcodes secretly encode the number 666 - the Biblical "Number of the Beast". This theory has been adopted by fringe figures who refuse to label any of their books with barcodes on the grounds that "any type of computer numbering systems MANDATED by any government or business is part of the PROPHECY of the BEAST controlling you."

THE MOON LANDING
A classic among conspiracy theories is that the Apollo moon landing never took place, and was faked by NASA with possible CIA support. 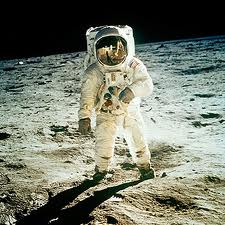 Claim #1 is the astronauts could not have survived the trip because of exposure to radiation.
Claim #2 is the photos were altered: the Crosshairs on some photos appear to be behind objects, rather than in front of them where they should be.
Claim #3 is that the quality of the photographs is implausibly high for 1969.
CLAIM #4 there are no stars in any of the photos, and astronauts never report seeing any stars from the capsule windows.
Claim #5 is identical backgrounds in photos that are listed as taken miles apart.
Claim #6 is the moon's surface during the daytime is so hot that camera film would have melted.
Claim #7 is no blast crater appeared from the landing.
Claim #8 is the launch rocket produced no visible flame.
Claim #9 is the flag placed on the surface by the astronauts flapped despite there being no wind on the Moon.
BIG BROTHER
Some theorists claim that forced transition to Digital television broadcasting is practical realization of “Big Brother” concept. They claim that miniature cameras and microphones are built into Set-top boxes and newer TV sets to spy on people. Another claim describes use of mind control technology that would be hidden in the digital signal and used to subvert the mind and feelings of the people and for subliminal advertising. When you buy your Digital TV – be sure to check it out for hidden cameras.
NATURAL DISASTERS 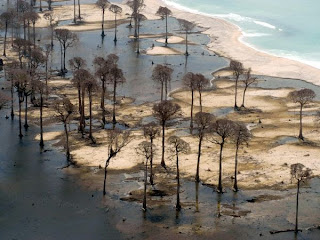 It has been speculated that the 2004 Indian Ocean Tsunami may have been caused intentionally by a “tsunami bomb” – a nuclear weapon detonated in a strategic position under the ocean. Some reason that the technology is at least feasible since research into such technology has been conducted by the military as far back as World War II. According to declassified files, top-secret “tsunami bomb” experiments utilizing explosions to trigger “mini-tidal waves” were conducted off the coast of New Zealand in 1944 and 1945. The U.S. Defense Department had even expressed concern about earthquake-inducing technology in warfare well before the 2004 disaster. In 1997 Defense Secretary William S. Cohen stated, “Others are engaging even in an eco-type of terrorism whereby they can alter the climate, set off earthquakes, volcanoes remotely through the use of electromagnetic waves. So there are plenty of ingenious minds out there that are at work finding ways in which they can wreak terror upon other nations. It’s real, and that’s the reason why we have to intensify our efforts, and that’s why this is so important.”

Phar Lap was poisoned with a large single dose of arsenic in the hours before he died, perhaps supporting the theory that Phar Lap was killed on the orders of U.S. gangsters, who feared the Melbourne-Cup-winning champion would inflict big losses on their illegal bookmakers.
Diana, Princess of Wales, died in 1997 in a car wreck in Paris. Her lover, the wealthy Dodi al-Fayed, and the driver of the car, Henri Paul, both died too. al-Fayed’s bodyguard was the only survivor. A lengthy French judicial investigation concluded that the crash was caused by Paul losing control of the car at high speed while his abilities were impaired by drink and anti-depressants. A sad, avoidable, but pretty ordinary accident you might think. Conspiracy theorists, however, claim it was murder. They say Diana was pregnant with the child of Dodi al-Fayed, whom she was going to marry, and the Duke of Edinburgh (the Queen’s husband) ordered MI6 (the British secret service) to kill Diana and Dodi. Whatever the truth, the continuing controversy keeps Diana’s picture on the worlds front pages and sells lots of newspapers and magazines.

If you like conspiracy theories or spy stories, check out this YA spy/thriller.

Synopsis:
Ethan, Florida and Jake need organ transplants. When they receive the organs of a dead CIA agent, they take on more than the task of completing the mission of deactivating bombs that threaten millions of lives. Kidnapped, their lives under threat, the memories stored in the CIA agent’s mind begin to awaken within each of them, except the one piece of information they are abducted for - the location of the bombs.

AVAILABLE FROM ALL ON-LINE RETAILERS