Are you gonna eat that? Taurus traits


One thing you’ll often hear a Taurus say is “What’s to eat?”

Don’t talk to me, I’m eating. Taurus traits.
Taurus people like to eat. We walk into a room and the first thing we look for is the table with the food. And pity the hostess who catches us as we enter the room and decides to introduce us to her other guests first. We’d rather be introduced to the man or woman who will be serving us our food. He or she is the one we will be developing a rapport with as we apply our charm and wit to be the focus of their attention for the evening.
I can’t tell you the number of parties I’ve attended where people have been talking to me and all I’ve been able to think about is getting to the food table before all the food is gone. It also doesn’t help that I’m born under the Chinese sign of the dog. A double curse for me. I’m like a Labrador.
I remember one year where I attended the ARIAs, Australia's music awards, and there were a few celebrities roaming around. And yet my eyes were on the trays of food. I can tell you everything that was served. Little battered pieces of fish and chips in Chinese style paper takeaway cartons. Nachos. Smoked salmon on tiny little pikelets. Spring rolls. Meatballs with relish.
I can’t tell you the names of any of the celebrities.
I feel ashamed, but what can I say? Maybe the food was more interesting? 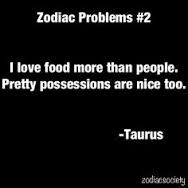 I was working at Paramount Pictures when I was given the nickname of Fang. My job was to purchase the biscuits for the office. The monthly budget was astronomical for the number of employees – two hundred dollars for twenty staff – and I often thought it was my job and my job alone to eat the biscuits. No wonder I jogged every day at lunchtime. But even while out jogging, the focus was on food. Danielle, my running partner, and I would start our running mission talking about what we would have for lunch, then we’d move onto what we would have for dinner. It didn't stop with running. We always talked about food. She was also a Taurus. Ah, those conversations.
While working at Paramount I got to attend a few movie previews. Pizza was usually supplied and once again I would make it my goal to ensure there were no leftovers, or nothing for anyone who happened to have ducked off to the toilets to eat.

I fondly became known as the person who hoovered up food. Luckily I didn’t have a weight problem. I led a very active lifestyle. Something James Morrison, an Australia jazz musician, once said was, “if you want to eat like a triathlete you have to train like a triathlete.” I used to be very active. Jogging in the morning, lunchtime, often in the afternoon as well. I was a runner. I enjoyed running, but I also enjoyed eating and didn’t want to put on weight. Taurus people are also into their appearance, somewhat – we’re not crippled by the fact we got caught in our uggies and sweat pants, but we do tend to go home afterward and throw out all our fat clothes or do a wardrobe cleansing and wish we earned more money so we could buy clothes we like as opposed to only buying clothes we can afford (that's a whole other conversation about the Taurean love for value for money and frugality). 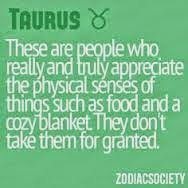