Showing posts from July, 2015
Show All

How tradition helps soothe the soul 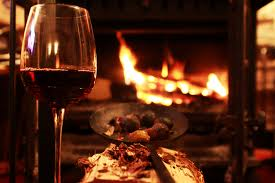 I did something on the weekend I've never done before. No, nothing sinister or illegal. I roasted chestnuts on an open fire. At the moment, it's late July and winter in Australia. My husband had been working away from home for the week and I wanted to do something special for dinner to make him feel glad to be home. But special for us doesn't usually mean a fancy 5 star restaurant. It's usually something homey like a really good home cooked meal. I like to reconnect with the earth by baking, so we set up the outdoor fire pit and I bought chestnuts and a roasting rack. It was such a simple thing to do, and because of its simplicity it worked a trick in boosting both our spirits.  This brings me to the topic of tradition. Literature is steeped in in.  From Charles Dickens' "A Christmas Carol" to J K Rowlings' "Harry Potter"  series to Helen Fielding's "Bridget Jones 's Diary", Christmas is filled with turkey, pudding,
1 comment
Read more 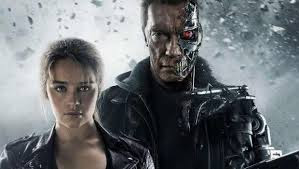 I love the Terminator franchise. So I hurried down to watch the latest instalment, Terminator Genisys. O.M.G. This is my favourite movie in the franchise. The blurb is this: When John Connor (Jason Clarke), leader of the human resistance against Skynet, sends Kyle Reese (Jai Courtney) back to 1984 to protect his mother, Sarah (Emilia Clarke), from a Terminator assassin, an unexpected turn of events creates an altered timeline. Instead of a scared waitress, Sarah is a ski lled fighter and has a Terminator guardian (Arnold Schwarzenegger) by her side. Faced with unlikely allies and dangerous new enemies, Reese sets out on an unexpected new mission: reset the future.   Now, there are bad reviews that say this movie has killed the franchise. It got poor box office sales. Don't believe the negativity. This movie does see Arnie as a caring robot. He is sent back to protect Sarah Connor as a young child.,  but hey, we knew that was coming in Terminator 2.   So why is it o
Post a Comment
Read more 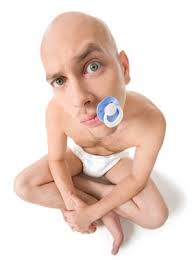 We all know the need to find better and faster ways to do everyday things is the mother of invention. Our daily lives get busy this things need to get automated. The same needs apply for writers. Oh, we've got computers instead of typewriters for faster editing. We've got ebooks for an immediate way to get books to readers. We've got the internet so we can research without leaving the house. But we need more. Okay,  I need more. I'm editing and writing books, writing blog posts, reading books, checking social networlds (yes, that's a new word I just invented), plus I'm pitching to agents and working on writer workshops. The point is I'm as busy as a one-armed man amidst a s warm of locusts. That's why I've checked out the top 5 super must-haves for writers. SUPER WEIRD You remember the story about the woman who wore a nappy just so she could drive 950 miles from Houston to Orlando without having to stop at restrooms to meet her lover's f
Post a Comment
Read more

The gates on self publishing are closing says Amazon 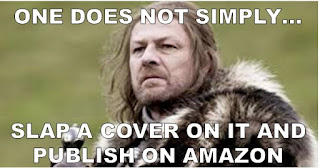 If you're an indie writer, you've probably heard the latest about royalty payments by Amazon. They are  going to start paying authors who self publish on the Amazon platform  only the percentage of the book read by the reader , instead of the full royalty for the book at the time of purchase. At first I was like, WTF? Then it occurred to me that they're right to do this. It is becoming the only course of action they can take against inferior writing. There's a saying, "The good thing about self publishing is that anyone can do it. The bad thing about self publishing is that anyone can do it." It seems as if Amazon is finally becoming it's own gatekeeper as far as self publishing goes. As an indie author, I understand why they're doing this. My first two novels were published through a small press publisher, and then the rights reverted back to me. So I thought I'd give self publishing a go until I can find a new home for them. But there is
Post a Comment
Read more

How writing interviews for blogs can help your agent pitch

- July 01, 2015
Actually, this post should have come in Part I. It's about knowing the genre so you can target your agents. I'll start off by saying I have trouble with this sometimes. I write a story about characters and things happening to them and I'm told as a writer that I have to make the story unique - but maybe the Hollywood rule of "Write something different but the same" applies to novels. To be honest, I'm not sure I want to live in that world. Anyway, I've written a book and now I have to find a box to put it in. And I'm also not supposed to have too many boxes. This apparently confuses readers though I think readers are smart enough to read more than one genre. When I (unsuccessfully) pitched Little Red Gem I pitched it as Paranormal Romance. But here's the thing about paranormal romance: It's boy meets girl, boy and girl fall in love, boy loses girl, boy gets girl. In Little Red Gem, at the end the main character had her revelation but sh
Post a Comment
Read more
More posts