December 16, 2015
Hello and welcome to the end of the year.
Each end of year I like to read over my diary and have a look at my achievements. Why? Because one of the easiest ways to stay inspired in this writing game is to CELEBRATE THE SMALL WINS. So here goes:
January 2015 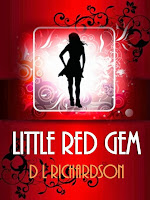 September 2015
October 2015
November 2015
December 2015
Well, that's it for this year. It's been busy and productive. Each year I do this to see that I've improved on the year before. So I'm on my way. The journey is a long one but it is immensely rewarding.
Have a lovely Christmas if I don't speak to you before then.
DL xoxo