Head hopping in fiction and reasons why I don't like it 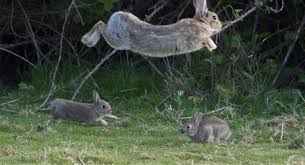 For me, there is mystery and suspense in what I don't know. Plotting, scheming, agonising over choices...these things can't take place if we are head hopping from one character to another and we know everything that is going on. Marge is doing this. She suspects James is angry but she keeps doing this. Is she teasing him? Testing him? Trying to destroy him?

Knowing everything that's happening is great for a project team building a house. But we aren't building a house. We're weaving and crafting a story, keeping the reader on the edge of their seats, hooking them in, tugging at their heartstrings, making them jump in surprise or cry out in anger.

If a scene is totally kept in one character's point of view, then everything we see is through their eyes and everything they think is their thoughts. We can get deep into the emotions, the motives, the past pain, the future hope or lack of it.

I recently read a great reasoning for head hopping in romance novels - that the relationship is the focus, not the hero or the heroine. That may be so. But isn't romance the biggest mystery of them all. Another reasoning for head hopping reason is that it's the whole point of writing in 3rd person, to expose the reader to other viewpoints. They are both valid arguments. Like I said, it isn't wrong or right, but I will continue to keep my points of view compartmentalized by chapters.

What do you think of head hopping in fiction? Like it? Dislike it? Indifferent to it? I'd love to hear you thoughts, but only one at a time LOL.