February 14, 2016
If you're like me you've written the first draft to your novel and now you're thinking, what next? Is this it or am I taking this further?

In it's current state my novel could be edited for character arc, narrative, emotion, and that would be that. It would also be classified as Fantasy because I haven't added in any real hard evidence to support the world I've built. And that's okay. Not all worlds need a huge level of detail. The author needs to know how the world operates but that data might not end up in the novel. Some books are totally about the character's journey and the world around them just exists, like air. We know air is all around us, we don't need to know the intricate makeup of how oxygen, wind and atmosphere works.

But I want to include lots of research about living underground in my current novel, so will this research make this a science fiction novel? To answer that question I need to determine which genre this book will end up as. To do that, I need to know the difference between the two genres.

Here it is in the simplest explanation. 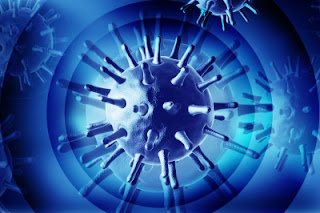 If your novel includes any paranormal characters that we accept as existing without any pure scientific explanation, then your novel would fall into the Fantasy genre. Unless you can include evidence to support your theories on angels, vampires, werewolves, fairies, ghosts, witches. If not, then it's pure Fantasy escapism. And that's not a bad thing. Many readers don't want the reason why. It can spoil the whole point of escaping reality.

But what does this mean for aliens, mutants and robots when we have no real evidence of them existing either.  This is no evidence yet. The key word being yet. Since there IS evidence of space and other planets it stands to scientific reason that aliens are plausibly what will be. Robotics DOES exist so the next step - what will be - is also plausible that we will have robots. There is also evidence of what radiation poisoning does to a physical body so mutation is also plausible, as is cloning and implants. The point is that most novels about robots, aliens, and mutants tend to have some sort of scientific explanation, thus making it science-fiction.

There is also cross genre called Fantasy/Science Fiction which I've noticed a few agents using. This blend is quite possibly a product of the Apocalyptic, Post-Apocalyptic, and Dystopian sub genres. A blend of what could be and what will be, depending on whether we take action now. Forewarned is forearmed. It also depends on the level of scientific evidence injected into the novel. If there is none, then it simply can't be called science-fiction. The name implies it all.

So do super heroes fall under the banner of Fantasy or Science-Fiction? I'd say most would fall under the genre of science fiction. Iron Man is human and uses technology and robotics to fight evil. Nothing paranormal about him. Superman is alien and our atmosphere gives him powers. This is plausible since water is a different atmosphere and it grants weightless to heavy components. Batman is also human and utilising billion dollar technology. Spiderman and the Hulk are products of scientific experiments gone awry. Wonder Woman is from another planet. Etc Etc.

Superheroes fall into two categories - human with powers as a result of an extraordinary incident or billions of dollars in technology, or they're alien and despite having humanoid bodies for our benefits, they are not human and therefore capable of doing things we can't do.

Many authors have given scientific approaches to zombies and vampires and I would argue that it is a matter of what happens in the story that determines the genre. For example, I Am Legend uses a medical disaster to explain the fall of humanity, as does The Passage. Yet, Interview With The Vampire dispenses with the explanation of how they became vampires and we merely accept that they exist, hence this is Fantasy. Same with The Road. We are never told what happened. I would classify this as Post-apocalyptic Fantasy.

The genres start blending and blurring, sometimes making it difficult to pitch because we're supposed to know what sort of book we're writing. If we don't know, we can't build the world accordingly. Or, you can be like me and start with a small world, add that special sauce and turn it into a huge world.

And trust me, knowing the correct genre will help you when it comes to pitching to agents and publishers. Some like fantasy and some like science-fiction and then there are some that like Fantasy/Science-Fiction. But do not send them what they don't like.