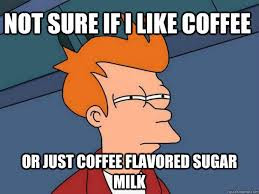 We're back in the virtual café with Chris Johnson. He's an Australian author who resides with his wife in Brisbane, Queensland, where he works as a stage mentalist when he is not writing. He also has a background in sales and marketing, as well as a bachelors degree in Information Technology. One thing I've noticed about these "coffee chats" is that some people don't drink coffee. Gasp! I know, right. But I won't hold that against them. Let's meet today's Aussie indie author and 'mentalist', Chris Johnson.
Welcome Chris.
DL: Firstly, since this a virtual coffee chat, how do you have your coffee? Are you a morning or afternoon person?

Chris: I haven't had coffee in years, but I like herbal tea. The green tea is perfect, thanks. Or hot chocolate. I'm a morning person and find it a good time to do things before others wake up. The stillness of the air lets me hear my inner voice much better. How about you?

DL: You currently have a collection of short stories published "Twelve Strokes Of Midnight". I love the idea of one story per clock strike. Reminds me of one of my favourite books "Stories by O'Henry". Were these stories written specifically for this book or were they a culmination of many years of writing.

Chris: "TwelveStrokes of Midnight" is an idea that came to me twenty years ago. I wanted to create a book with "one hair-raising story per ominous clock stroke", and include a few hidden surprises. So, it is a collection of things I wrote in that time specifically for the book. It contains hidden pieces - one is very obvious but you have to read it completely to find it. Other hidden messages exist for friends, foes and family.

Chris: A mentalist is someone who reads minds (or thoughts) and performs other "psychic stunts" for people's entertainment. I predict people's behaviour, read their fantasies, and reveal them. Sometimes I tweak that in my volunteers at shows by having them read their friends' minds or bending spoons in their hands, for example. I do this at corporate events and private home parties. It's great fun for all.

DL: How long have you been writing? And what does the future hold for Chris Johnson?

Chris: I've loved writing since I was a kid, and one of my stories has been rewritten for inclusion in Twelve Strokes. It's about a magical carousel that reads people's thoughts and takes them into their fantasies. I wrote the original in primary school, and the teacher loved it so much she read it to the class. The revamped version is longer and grittier.

As for my future, I am releasing my novel "Dead Cell" at the end of this year. UPDATE - NOW RELEASED. It's about a psychic investigator and a sceptical policewoman teaming up to investigate numerous deaths that appear to be simple road accidents. The psychic believes they are murders while the police detective believes he is a kook. My beta readers have loved it and want more.

I have some other projects in mind, but I have another exciting adventure to tackle in April/May 2017 (to be revealed in November).

DL: And last question, what is your favourite biscuit and/or cake at the moment?

Chris: Oh! do I have to pick just one? I love anything with chocolate, so Tim Tams are good - ESPecially when hot chocolate is sucked through them! 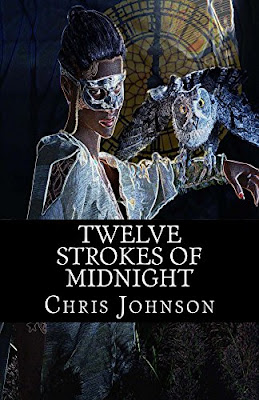 Twelve Strokes of Midnight is a collection of short stories, covering the paranormal activity that affects some ordinary people in not-so-ordinary situations. You will find ghosts, witches, vampires and more of the mysterious within these pages. With one short story per clock strike, each person's chilling horror unfolds in different ways until the final ultimate sacrifice upon the Witching Hour.
BUY EBOOK
BUY PRINT
ABOUT THE AUTHOR

Chris' deep fascination with the paranormal, his love of fantasy, science fiction, and his stage entertainment experience provides much of the creative inspiration for his writing. His first published work, "Twelve Strokes of Midnight", is a collection of short stories with supernatural and science/fantasy themes that carry a deeper message. Each stroke of the hour coincides with an absorbing story that will twist your perceptions while making you consider the unseen horrors that watch you from the shadows... until the final sacrifice.
GET IN TOUCH WITH CHRIS
WEBSITE
FACEBOOK
TWITTER
Check out his Mentalist website
Thank you so much for stopping by and having a virtual cup of "tea" with me. All the best with the writing.
D L Richardson﻿

September 30, 2020
People often ask me how I come up with my story ideas. THIS is how I come up with story ideas. The following is a true event. I woke to the sound of the doorbell ringing and glanced at the clock. It was 2am. I thought I had just woken from a dream. Then my husband rolled out of bed and stood up to stare out the bedroom window. I mumbled, "What's up?" He said, "If you can believe it, the doorbell just rang." "So it wasn't a dream," I said. Our front doorbell had chimed at 2am in the morning. Our front door is downstairs, we were sleeping upstairs. The husband was staring out the bedroom window which overlooks the driveway, but I don't need to get up to know that we can't see down to the front door.  I gave him the most logical explanation I could think of at 2am in the morning. I said, "It's probably the battery dying." He agreed, and we both did a quick look out the front and back windows before heading back to bed. I never we
Post a Comment
Read more