Author chat "How I came to love sci fi without even realising it."

December 08, 2016
This post originally appeared on Elders of Genova in October 2014.

In October 2014, I was kindly invited to write a guest post for a new sci-fi blog Elders of Genova. To be honest I haven’t written one of them for a while. I'd been busy writing, I had nothing new to say, and I thought, what do I say that readers that, a) they haven’t heard before or b) they want to hear for the first time? Seeing as how Elders of Genova was a science fiction blog (I believe it's now defunct) I decided to talk about how I fell in love with sci-fi genre without even knowing it.


I was ten years old and at home from school. I had tonsillitis. I was the type of kid who got tonsillitis three times a year but they never took out my tonsils. Just gave me a dose of antibiotics that later became the reason I suffered a few years of food allergies. But I digress.

﻿ ﻿
So there I was at a neighbour’s house while my mother took my siblings to school and on the TV came this show called Space 1999. I watched it with my mouth wide open. And no, this wasn’t merely due to my inability to swallow at the time. It was because it featured a character named Maya (Catherine Schell) who could shape shift into anything – bug, monkey, monster, mouse. In this episode she shifted into a black panther, which was the most magnificent thing my ten year old brain had ever seen. From that moment on I was hooked on sci-fi, even though I didn’t realize it.


Since Space 1999 aired during the day, I only got to watch it when I was sick, yet that brief introduction was enough to make me a loyal fan of shows such as The Six Million Dollar Man, The Bionic Woman, and Lost In Space. These shows aired after school, so my backside was firmly planted in front of the TV and no homework was done till the glorious adventure ended. And still, I didn’t realize I was addicted to sci-fi. To me, these were just cool shows. 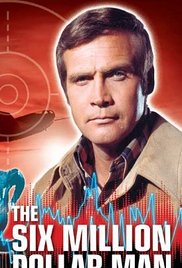 
My transition from sci-fi series on TV to sci-fi movies was seamless because the movies I saw were on TV. Our family wasn’t the type to go the cinema or even hire videos. TV was it! The first sci-fi movie I remember watching on TV was Logan’s Run. I absolutely loved the twist at the end. Not long after, I saw Planet of the Apes and the twist at the end blew me away. Westworld became my favourite movie ever for a while, even if Yul Brunner did give me nightmares. I could go on and on and on about the movies I loved and never once realised I was a sci-fi fan. 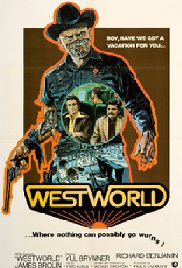 I didn’t begin going to the cinemas till I started earning my own money. My first date, at fourteen years of age was chaperoned by my older brother and my date and I saw Return Of The Jedi. And still, if you’d said I was a sci-fi fan I would have called you crazy. Sci-fi fans were…weird, right? Geeks, nerds, unpopular. Besides, why would a fourteen year old girl who thought she was tough and cool choose to see a sci-fi movie? Probably because I was actually nerd though I didn’t really know that either. Blessed are the youth for our ignorance.


One of the first books I ever bought as a child from the school book club was Trapped In Space by Jack Williamson. I had the choice of typical girl books with ponies and hair brushing sessions but I chose a story about an astronaut who is lost in space. Perhaps because I had three brothers and I preferred playing with toy cars rather than dolls, this led to my choice of book to read. Perhaps it paved the way for my reading choice as an adult. 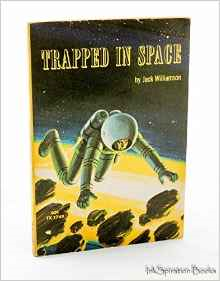 I devoured Dean Koontz and Stephen King, while most of their stuff was considered horror, they both delved into stores about aliens. And then I read books by Michael Creighton and STILL didn’t think for a second that I was reading science fiction. But I was. I think I told myself that science-fiction had to be about space, but that was not true. I’ve no idea where I got that idea from except from maybe those early years when sci-fi on TV was about space.


My most recent addition to my book collection is Robopocalypse by Daniel H Wilson. It’s a riveting read about robots that go berserk and kill humans – sort of like Westworld. The best thing about growing up watching classic sci-fi stories is that I get to enjoy them in their original format, as books, which I’m in the process of buying as many as I can get onto my Kindle.


I began my life as a horror writer, though none of my works got published. I then tried my hand as at contemporary women’s fiction, which I discovered wasn’t me. At all. I can’t help it. Everything I write ends up with a fantasy or horror or science fiction or supernatural angle. The speculative fiction genre is what I like to read best.


Anyway, it’s no wonder I find myself veering towards writing speculative fiction. Through science fiction we not only explore unchartered planets we also explore what it is to be human, sometimes using topical subjects and taboo topics and current affairs to act as a mirror to hold up to humanity and say WTF are you doing? Sure, the government and the media attempt to do this, but when fiction writers, screen writers, movie producers, actors, singers ... when we do it, people tend to take notice. Why? I think it’s because we’re not peddling reform and more regulation, we’re peddling the excuse to look within and make the necessary changes on our own.