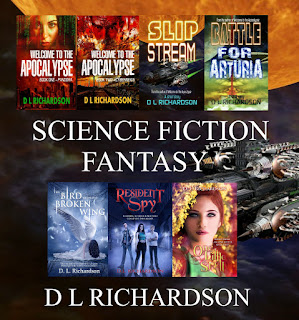 Hello from Down Under!
I live in Australia. In particular, on the south eastern coast in a regional area. It’s anywhere from a 4.5 to 5 hour drive to the city. That’s like a plane trip from LA to New York. A road trip from Los Angeles to Las Vegas. A drive from London to Wales. You get the picture. Australia is a big continent and city life is as busy as anywhere else in the world. Which is why, 10 years ago I decided to move out of the city and head to a coastal town in order to give myself more time to write. I’ve achieved this goal with three YA novels, 2 sci-fi books, short stories and novellas and many more in the works. Coastal life has its advantages. It also has its disadvantages. It’s a long drive to writer conventions and pop culture shows.
That’s why I’m super excited. Next weekend I'm making the trek back to the big smoke to join the overwhelming live circuit of SupaNova. And I can't wait.

When an author friend of mine suggested we share a table at SupaNova, I jumped at the chance. Eagerly we booked our spots like a million years ago, and this may or not have contributed to our location at the event. We are right in front of the Comic Book Super Stars and one of the rooms where the main guests will be appearing. Talk about awesome location for two little indie authors from a coastal town with a population of 16,000.
Mirren Hogan is an author from the same region. We each left city areas to relocate to the coast/country. I say coast country because beautiful Batemans Bay is nestled between the mountains the sea. She’ll be sharing a table because this is a big trip for both of us. To be honest, as excited as I am, I’m also a little terrified. What if it fails? Worse, what if it succeeds and I love it so much it’s all I can think about doing. The reality will be hard to return to. 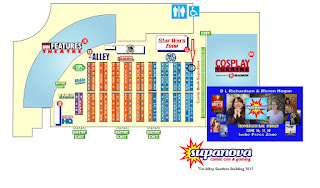 SupaNova is Australia’s largest producer of pop culture live events for “Supa-Fans” of Movies, TV Shows, Celebrity Meet & Greets, Toys/Collectables, Gaming, Artists, Tech, Apps, YouTube Stars, Wrestling and more. It’s on from Friday 16 to Sunday 18 June 2017. It’s being held at the world fabulous Olympic Park, Homebush, Sydney Australia. They have some fabulous people coming to the show. Chris Helmsworth. Ricky Whittle (Lincoln from The 100). Dean Cain and Teri Hatcher. Plus heaps more great artists, actors and comic book creators. That's not all. 200,000 fans are projected for all of 2017 all venues. Sydney has got to be the busiest, right?

I’m going to meet fans and sell books and merchandise. Welcome to the Apocalypse Book 1 and 2 are available and I want the world to know about it. This series is exactly what this pop culture event focuses on. I'll have merchandise, signed photos, and books. It's difficult for indie authors to get books into the hands of readers. Postage is expensive to ship to book stores, and if you don't back that up with a tour a book can sit on a shelf, sell nothing, then get returned. We've got to take our goods to where they buyers are.
Dorothy never went to see the wizard on her own. She had Toto, Scarecrow, Tin Man, and Lion by her side. I know most of you can’t be there in person, but I’d like you to be there in spirit with me. I'll be in Table 30 opposite the Comic Book All Stars. And if I see Chris Helmsworth, I’ll be sure to say hi from you. 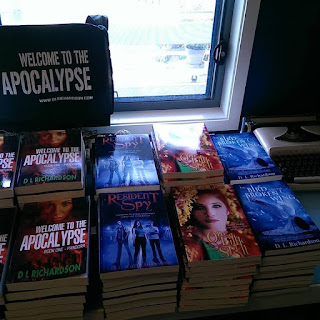