How to make a dystopian society - look at current affairs 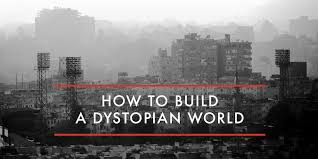 My husband and I had a lengthy discussion this morning about dual citizenship. Australian politicians are seeking out our leaders who were born overseas, or who have parents or grandparents who were born overseas, and under the 'no dual citizenship' laws are forcing them to renounce their other citizenship.
This political discussion is happening all over the world. There are two parts to this controversial topic, and each form the basis of dystopian or futuristic societies when world building in fiction.
First point:
The act of holding dual passports. 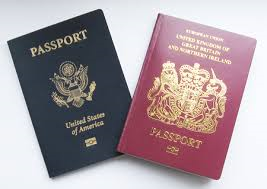 I can see why it's an issue in today's climate. Identity fraud. Hidden bank accounts. Earning income from one country while claiming benefits from another. Terrorism. Economic cheats.
Did you notice the identifier in the above statement for building a dystopian society. In today's climate. Anytime you utter or hear those words, you begin to speculate what might happen if that policy or process continued. Will it cause issues in the future? How will it cause issues? How can you build fear in a populace if it continues? 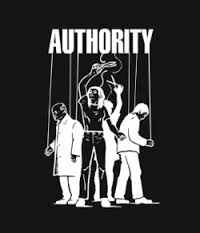 Building fear in the population is a major factor in dystopian worlds.
Second point:
The intent or lack of intent to hold dual passports.
This second point in this discussion is very philosophical and possibly is the most exciting part of world building. The current debate in Australia is not, does a political leader hold two passports, but could they.
Case example:
I was born in Ireland, I moved to Australia as a baby, my parents became citizens and so did it. This happened over forty years ago. I'm an Australian citizen. As far as I'm concerned, I have no dual citizenship. Admittedly, and while doing nothing illegal, I have the option to leave one Australia and move to Ireland, and by my birthright I can automatically bypass all the other processes for citizenship. I can, provided I depart Australia on my Australian passport,  use my Irish birth certificate to get work or claim benefits, all the while retaining my citizenship to Australia. During this time I suppose I could claim certain welfare benefits nor but it would take a lot of traveling on my part to return to fill out the appropriate forms and I've never claimed benefits before so I wouldn't even know where to begin to wrought this system. But could it be wrought? I suppose it could.
And its this supposition that has led the Australian politicians to conduct a with hunt on all the politicians because if they are to serve our country, they must be solely committed to our country. I understand this. It's like saying, all companies want their workers to be loyal and not leave when the times get tough. Just as all workers want their employers not to sack them when financial times are difficult or technology replaces us or because we're nearing 10 years service and the employer will have to pay long service leave. But that's another component of building a dystopian society. Mistrust of everyone.
While is why whenever I build a dystopian society, I look at current affairs. And here's why I think we are currently in the process of making a very real dystopian society. 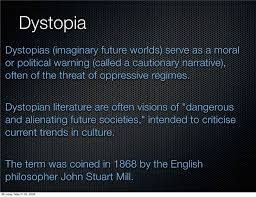 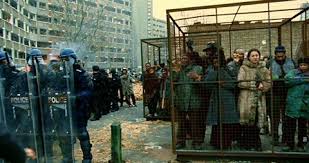 I do believe terrorism is going to be the platform for all dystopian fiction. Forget about natural disasters or World War III. It's the drip-drip-drip of terrorism attacks that are causing our leaders and us to seek action now. First one law, then another, then another until we don't realize that we're trapped.
The foundations are built already. Fear has driven our leaders and the population at large to the stage where we want actions taken to stop the crime from being committed, and we want it so badly we are overlooking the intent.
I 've written the first book of a dystopian series, and when I write book two, I'll be looking closely at current affairs to set the stage for the fear and oppression the characters have become so used to that they can't see anything wrong with their lives.
This was a longer post than I intended, but I hope you can see how a fictional dystopian society is built. If you're after a unique idea, look around you for inspiration.