Showing posts from October, 2017
Show All

How George Lucas ruined Star Wars for me

October 28, 2017
I'm a Star Wars fan. Have been since the first movie came out. Seen them all at the cinemas when they first came out. Loved everything about them.

I didn't think we needed the beginning explained. even as a kid I got the premise. But the went and made the movies and this is where they made the biggest mistake of them all.

For over 30 years, fans grew to understand that the dark side was bad and the Jedis were good and that Darth Vader was tempted to the dark side and went there and then he built a death start but his son saw good in him and refused to give up and we were all teary-eyed and rooting for both of these characters to reunite.

Breathe. It was a classic story of redemption. Right?

Then along came Return of the Sith where Anakin Skywalker commits the unredeemable act of killing all the Jedi children.


I'm sorry, but there is no coming back from that. You're no longer a lost soul, you're an evil son of bitch who deserves to be strapped into an electric chair. A…
Post a comment
Read more

October 26, 2017
Halloween is just around the corner. So I invited Lily Luchesi in for a coffee chat. Lily writes and lives horror. Halloween is her favourite time of the year, and she admits she celebrates it every day. Lily Luchesi is the award-winning author of the bestselling Paranormal Detectives Series, published by Vamptasy Publishing. She also has short stories included in multiple bestselling anthologies, and a successful dark erotica retelling of Dracula. Please welcome Lily into my virtual café. DL: Firstly, since this is a coffee chat, how do you have your coffee (or not as has been the case)? And what is your favourite time of the day to partake? LILY: I love coffee, I used to sneak my nonna’s cold, black coffee when I was a little girl. I mostly brew a strong pot about an hour after I wake up, adding only a little half and half, sometimes whipped cream. If I want a treat, I will get a latte at Starbucks. DL: You have books plotted out to 2019. Are the books written yet? And if not, how do you…
Post a comment
Read more

Why did you write this book? What it really means when you’re pitching your manuscript

October 25, 2017
Attention writers: I’ve included a writing task for you at the end of this post. It’ll help you when you have to answer the question about why you wrote the book or how you came up with the idea. So stay reading till the end to find the task that may help you pitch your novel to agents and publishers. “Why did you write this book?” This is a question sometimes seen on publishing submission pages. They’ll ask for a reason why you wrote this book, or maybe they’ll ask why you’re qualified to write this book in the case of non-fiction. In the past, when faced with this question I think I’ve rattled off some droll attempt to give the person what I think they want to hear. Not because I’m trying to win any small favours, but because I haven’t really grasped this question. The funny thing is that I can tell you the reasons why I wrote each of my books. For example, “Poison in the Pond” was a story first written in the 90s after I’d heard about a horrible attack on Fran Dresher, the woman who …
4 comments
Read more

Joining me today in my virtual café is sci-fi author, J. I.Rogers who is a green-eyed, ginger-haired, caffeine addict currently working on ‘The 942 Series’ of science fiction novels.

When not acting as a conduit for the voices in her head, J. I. Rogers is busy being an artist or indulging her inner child with boondoggles that lead to eye-strain and tinnitus. She lives in the wilds of British Columbia, Canada, with her husband and their collection of movies, books, computers, games, and cats.

Please raise your coffee/tea mug as you welcome her to my blog.

D L: Firstly, since this is a coffee chat, how do you have your coffee (or not as has been the case)? And what is your favourite time of the day to partake?

J. I. ROGERS: I like my coffee fresh ground, black, or with a tiny bit of honey. I can drink it hot or cold, and at any point in the day— sips coffee and grins.
D L:Self publishing is hard enough without being bombarded with so many conflicting pieces of advice. It's easy to…
2 comments
Read more
More posts 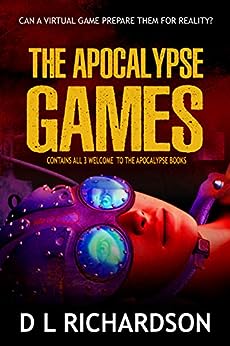