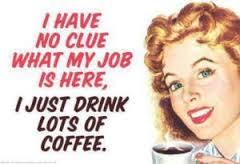 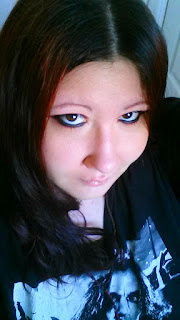 Halloween is just around the corner. So I invited Lily Luchesi in for a coffee chat. Lily writes and lives horror. Halloween is her favourite time of the year, and she admits she celebrates it every day.
Lily Luchesi is the award-winning author of the bestselling Paranormal Detectives Series, published by Vamptasy Publishing. She also has short stories included in multiple bestselling anthologies, and a successful dark erotica retelling of Dracula.
Please welcome Lily into my virtual café.
DL: Firstly, since this is a coffee chat, how do you have your coffee (or not as has been the case)? And what is your favourite time of the day to partake?
LILY: I love coffee, I used to sneak my nonna’s cold, black coffee when I was a little girl. I mostly brew a strong pot about an hour after I wake up, adding only a little half and half, sometimes whipped cream. If I want a treat, I will get a latte at Starbucks.
DL: You have books plotted out to 2019. Are the books written yet? And if not, how do you maintain enthusiasm to continue with the series?
LILY: Right now I only have one book scheduled in 2019 (I hope to have four in total out that year) and that is book seven of my Paranormal Detectives Series. No, it’s not written yet, but I have 90% of it set in my head, as to how it will go. It will be the penultimate book in the series, and 2019 will also see it end, which is bittersweet for me. I love these characters and hate to see them go, and book seven is going to be a tearjerker for me and the readers. I have the enthusiasm to keep writing them because, to be honest, Angelica Cross doesn’t shut up in my head. She has a story, and she wants it told, whether people read it or not. 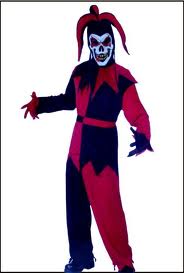 DL: Your website slogan is Horror with Heart. What is the biggest misconception about people who enjoy horror that ticks you off?
LILY: That we’re all weird or Satan worshippers. I posted about this recently, actually. Horror fans are usually the sweetest people. Yes, we are a little strange, and our humor can be dour, but we’re decent people. Yes, a lot of the horror I enjoy has heavy occult overtones, but that doesn’t make me a Satanist (the total opposite is true, actually). Not all horror is evil. Many times, it is about the people trying to stop evil. 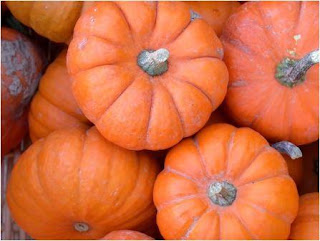 DL: What does Halloween mean to you? And what is your favourite character to dress up as?

LILY: I have loved Halloween even as a kid, I dressed up as my favorite characters: Princess Jasmine, the Red Power Ranger, Velma from Scooby-Doo, and of course as a vampire, even then. As I grew up, I didn’t dress as much as trick-or-treating wasn’t fun and I was too young for parties. These days I spend most of my money on my career instead of costumes, but next year I plan on being either Raven from the Teen Titans or Black Canary.
However, I do spend some money at stores like Michaels during Halloween, because I keep the decorations up year-round. It’s not a holiday for me, it’s a lifestyle.
DL: What is something you tell people about yourself that completely surprises them?
LILY: I surprise different people with different things. Some are surprised that I graduated high school before I was sixteen. Others are surprised I believe in God. Yet more can't believe that this introverted Goth girl loves baseball more than air. I like to be that fabled enigma wrapped in a riddle.
DL: And lastly, are you a biscuit or cake kind of person? And what is your favourite biscuit/cake?

LILY: I’m an everything person! I blame my nonna, I got my sweet tooth from her. My favorites are chocolate chip cookies and cannoli cake (that’s not available everywhere, but it’s white cake, buttercream frosting, and cannoli cream filling, with chocolate chips and pistachios).

MORE ABOUT:
Lily Luchesi:
Lily Luchesi was born in Chicago, Illinois, and now resides in Los Angeles, California. Ever since she was a toddler her mother noticed her tendency for being interested in all things "dark". At two she became infatuated with vampires and ghosts, and that infatuation turned into a lifestyle. She is also an out member of the LGBT+ community. When she's not writing, she's going to rock concerts, getting tattooed, watching the CW, or reading manga. And drinking copious amounts of coffee.

In a city overrun with the undead, an ex-cop is given a chance to get revenge...


Danny Mancini is on a case, following a murder suspect. When he catches him, he finds out that the perp isn't even human: he's a 200 year old rogue vampire!


Danny Mancini, is haunted by nightmares after he found out that paranormal creatures exist.


Life Sentence (Book 3)
Danny and Angelica have to adjust to a new kind of life at the Paranormal Investigative Division.


We learn the history of hunters Brighton Sands and Mark Evans in their two lifetimes, culminating in their final battle with the insane vampire they have been hunting for centuries.


Danny and Angelica are finally ready to take some time for themselves while Angelica gets used to her new role as the Empress and they make their relationship official.