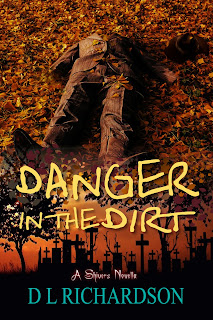 AUTHOR TALKS ABOUT THE SERIES

I'm what you'd call a person who scares easily. I let my imagination run wild and sometimes when I do this my feet think I'm being chased and they start running. Yeah, I'm that person.

So it might seem odd that a person who scares easily loves horror movies and books, but I adore them, if adore is the right word. I grew up reading 'Tales From The Crypt' comic books and watching same on TV. My friends and I used to watch horror movies like 'Evil Dead' and 'Hellraiser' when we were 14. And I was in love with Vincent Price and later, Brandon Lee as 'The Crow'. It's only natural that I'd eventfully write stories that honour the art of scaring the pants off someone.
Warning: I like scare, not splatter. I like ghosts, not gore. I like thrill more than kill. I like suspense over slash. So if you're like me and you enjoy the spooky without it becoming all about blood and guts, then please read on.
I wanted share with you all the books, people, writers, TV shows, and movies that are the inspiration behind my 'Shivers Novellas' series.

'Tales From the Crypt' comic books 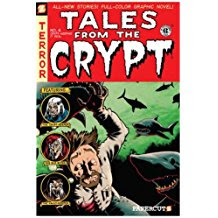 This was a bi-monthly horror comic anthology published by E C Comics from 1950 to 1955, producing 25 volumes. Dark Horse Comics are now releasing these in volumes avail on Amazon. I used to buy these but along the way, I grew into a responsible adult and got rid of them. Big mistake. I wish I had them all again. Fun reads. 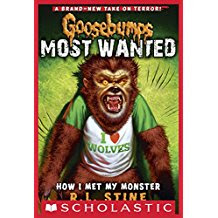 I never read books these as a kid, they just weren't published at the time. I discovered the Goosebumps series as an adult and I loved them. I can't pay homage to creepy short reads without giving a nod to Goosebumps because really, if it wasn't for these books, I don't think I'd have been inspired to start my series.


Elvira: Mistress of the Dark 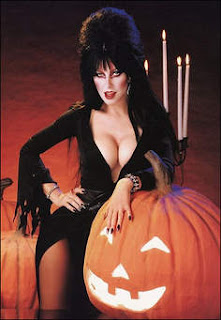 Elvira's Movie Macabre (or sometimes simply Movie Macabre) is an American comedy television show that airs B-grade horror movies, occasionally interrupted by comments from the hostess, Elvira (played by Cassandra Peterson). In some episodes during intermission, Elvira would get an unexpected phone call from a character called "The Breather" (played by John Paragon) who would only call and tell Elvira weird jokes. The title shown here is the title under which the film was shown on the show; many B-grade horror films were rereleased with different titles. (source Wikipedia)

I used to sit up late at night to watch Elvira's Movie Macabre, though we didn't get to see all the seasons in Australia, only a few. She was such a fun character. 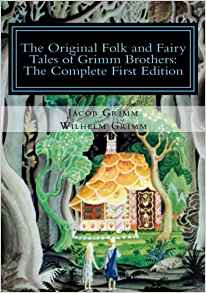 I doubt there's an author of dark fntasy or horror out there who wouldn't admit that these dark fairy tales influenced them. Not the Disney versions and not for kids. My favourite fairy tale is Rumplestiltzkin.
The Twilight Zone / The X-Files 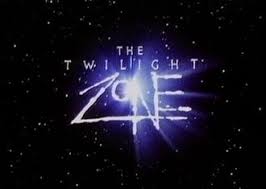 These 2 TV shows need a mention. Even though they're both based around science-fiction, there are dark and scary episodes with monsters, though everything is scientifically explained.
Supernatural 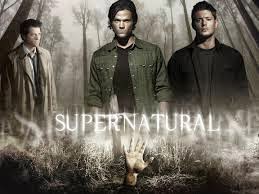 This TV show deserves a mention. It's a huge hit and proof that there's an audience for serialized spooky stories.

Horror Fiction Books
Three are other influences for my dark writing. Other writers such as Stephen King, Dean Koontz, Anne Rice, Joe Donnelly, whom I never would have started reading horror, or supernatural suspense, or dark fantasy, whatever you wish to call it without the influence of these early TV shows and fairy tales.

I've written 3 volumes in my 'Shivers Novella's' series so far. I plan to write many more.
The third volume in 'The Shivers Novellas' is called 'Danger in the Dirt' and this tale blends the wild west with the supernatural.

This series of novellas are all standalone titles and can be read in any order.

WANT TO READ VOL 2 FOR FREE?

To celebrate the release of 'Danger in the Dirt' for 2 days only, "Evil in the Embers" is free on Amazon. 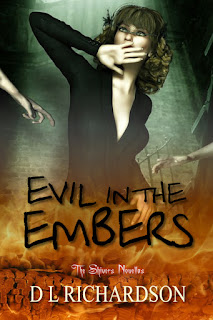 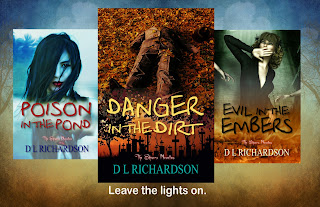 Reviews for Poison in the Pond :
"This is an excellent horror novella that had me reading nonstop."
"This was a great read. Thanks for the gift. I  read it in one day while at work ."
"Poison in the pond was a brilliant read, couldn't put it down once I started it and wondered where it was going???? Kept me hooked till the very end."
​"I really loved this novella. I watch lots of horror films and no matter how good they are the ending always disappoints me. The ending of this book was brilliant. It was just as strong as the middle which was excellent. I was kept guessing right until the last page. Even now that I've finished the book I'm still thinking about it." ​