May 25, 2018
A month ago I wrote about writing and publishing a trilogy as the books were written, which is what I did for Welcome to the Apocalypse trilogy. You might like to read that post here.

I mentioned in my post that are basically two ways to self-publish a trilogy. One book at a time or in what is called a rapid release approach - each book in the trilogy is published about a month apart. I invited Mirren Hogan to talk about writing and publishing a series in rapid fire.
Mirren: My reason for choosing to write and publish a few months apart:


I did it for a few reasons. Firstly because I wanted to have all the books written before I edited anything. I had the momentum, and wanted to work with the trilogy as a whole. Anything changed in book 1, might impact book 2 and 3, so it made sense to me.


In addition, many readers these days like to read like they watch TV. They don't want to wait a year for book 2. They like to binge.

Mirren: What did I learn from doing it this way?


Apart from editing 3 books back to back is exhausting? Lol. I learnt that I need to have the books fully ready before I plan release dates. Cover artists, editors and proofreaders have lives too (strange but true). 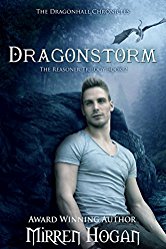 Mirren: Would I do it again?


Yes. I probably won't do it any other way, but that's if I can stick to one series long enough to finish another one. I'm currently in the middle of 2. 3 if you count a series of urban fantasy books I'm co-authoring with Stephanie Barr. 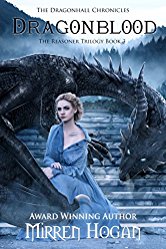 
As I said above, I'd have the books fully finished. I'd probably start doing more advertising of book 1 and have 2 and 3 on pre-order. I didn't do much in the way of paid ads until book 3 was out. 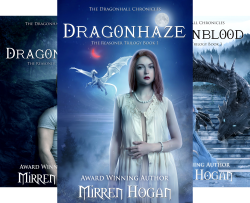 Book One: Kaida rides one of the great dragons of Dargyn, but being draakin isn't what it once was. After the end of the Dragonwar a hundred years ago, their role in defeating the army of Tarlu Rosharias has been all but forgotten.
Book Two: Devastated at the disappearance of her son Daven, Kaida vows not to let Dashka, a young woman with magical ability, fall into the hands of the reasoners. Instead, she helps her bond Nehko, a dragon whose rider has died.
Book Three: Having seen her son Daven in the custody of the reasoners, draakin Kaida is determined to free him, whatever the price. She and her dragon Risper travel to Paryos, to confront General Russkan Zand. With the help of an old friend, can they bring down the reasoners and end their reign of tyranny? Or will Brish, former bard, now apprentice reasoner, do it first?
MIRREN HOGAN
Mirren Hogan lives in NSW Australia with one partner, two daughters, dog, cat, rabbits and countless birds. Mirren has a Bachelor of Arts (English/ history), a Graduate Diploma of Arts (writing) and a couple of degrees in education. Mirren writes fantasy, urban fantasy and science fiction, as well as historical fiction.