Hello everyone. I've been remiss in getting the coffee chats posted. I can only blame myself, since I'm the one who set the release date for Earth Quarantined and I'm the one who has to do all the work. But I'm having a quick break and I invited two authors into my virtual cafe today. 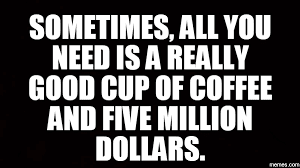 Chris Heinicke is an Australian multi-genre author. His writing career began in 2014 when he did NaNoWriMo and produced a thriller novel title 5PM, which is now a series. He also writes sci-fi on his own and with a co-author K Reedwood.


DL: Firstly, since this is a coffee chat, how do you take your coffee (or not as has been the case), and what is your favourite time of the day to partake?

Chris:  Strong, white and no sugar. If at a cafe, then a latte is my coffee of choice, sometimes caramel latte. As a baker, my favourite time of day to partake in coffee is from 1 am onwards, and on a day off, morning. I don't actually function too well without my first cup for the day.

Kate: My fav coffee is Tim Horton's, which I make at home first thing in the morning, otherwise there will be lots of staggering around and cursing going on. I put either cream (no sugar) in it or International Delight Vanilla Coffee Creamer. I have coffee before doing anything else :)

DL: You're co-writing a series together. Can you tell us how you formed the partnership. And what are the pros and cons of collaborating on a writing project?

Chris:  We happened to stumble upon each other by chance in a science fiction group on a Star Wars thread, and from there I read Kate's Project Hell series and she read my book 5PM. As I released the 6 parts of 7PM, Kate assisted with revisions. Sometime after that, Kate approached me to write books with her and I was like, "Sure. So what will we write about?"

As far as a partnership goes, for me the pros are having two brains to come up with story ideas, and drawing on the other's strengths. We've also been able to increase our readership through the other's circles. The cons? Being on the other side of the world from Kate and not being able to catch up for coffee/brainstorming sessions in person. Plus the difficulty in attending writer events together. 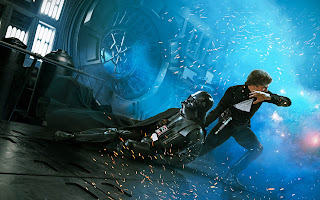 Kate: Yes, it's true, The Force brought us together :) I'm a huge Sci-Fi and Star Wars fan and was pleasantly surprised to discover a like-minded friend in Chris. The decision to write together came naturally, I think, as we helped critique and revise each other's work. The strengths of co-writing are many, but one of the biggest I find is the mutual support and decision making for running a business. We are able to talk through everything together from story ideas to deciding how to market. The biggest con, of course, is that those talks are never in person as we live on opposite sides of the world (literally) and are separated by anywhere from 14 to 16 hours time difference. That makes it hard to sit down and discuss work over a coffee.

DL: What are you each working on outside of the Legacy Hunter Series?

Chris: I'm slowly tapping away at a project I've nicknamed Zodiac Syndicate, and 11PM, the third and concluding title in the PM series.

Kate: I'm working on a new series called Sexy Things, which are short hot reads, under my other pen name of Felicity Kates, who writes, um... sexy things.

DL: What is the biggest misconception you had about self-publishing? How did this change your approach to writing, if at all?

Chris: My biggest misconception was that all I would need to do is write good books and word of mouth would get them read by everyone. I soon discovered that writing is only part of the business, and that marketing is essential. In fact, like many fellow self-published authors, marketing is a tricky part of the business, and finding the right formula is an ongoing process.

Kate: Hmmm, I think Chris and I both started self-publishing around the same year, actually. 2014-2015 and like him I approached it with the idea in my head that I could just write books, release them when I had them done, and people would read them and that would be enough to build a career as an author. It isn't. Having a marketing plan in place is essential. Publishing is a business, and to be successful at it, you need to think of it that way, which includes being consistent in your approach (eg regularly scheduled realistic release dates) but flexible in your thinking. Always keep an open mind, but keep it focussed on your goals.

Chris: I'm partial to either, but I'd rather have a coffee and cake combo that includes a slice of chocolate mudcake. As far as biscuits go, Arnott's shortbread creams are a must.

Kate: I recently discovered Tim Tams and they are pretty damn awesome, I must say! My fav cake though is cheesecake from the Cheesecake Factory. 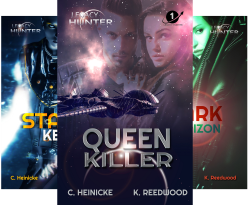 Powerful, beautiful, bio-mimetic energy in its purest form. A benevolent gift meant to launch humanity into a new age of space travel. They were the hope for the future. The key to the next stage in human discovery. But every gift has its price.

Nearly a thousand years after Earth took its place in the network of galactic commerce, the planet is depleted of resources and on the edge of collapse. Can stardrive technology bring the Earth back to life? Adventurer Axel Ryan is betting his life that it can. But there aren't any stardrives left to be found on Earth, and ships capable of interstellar travel are hard to come by. His only choice is to enlist the aid of mercenary pirates to steal one. With the stakes high, and the future of Earth on the line, does it matter he'll have to betray the love of his life? Keep your friends close and your enemies closer has always been Element Cruz's motto. And it couldn’t be more true with Axel Ryan. Drugged, abandoned, and her ship stolen, she's more than ready to let the price on his head kill him. Except Axel holds the key to saving humanity. And if there's one thing Ellie can't refuse, it's the chance to win.