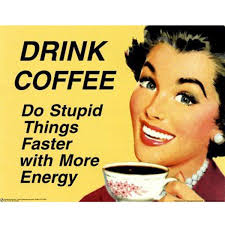 It’s my pleasure to take a break from the hectic promotional schedule and invite into my virtual cafe a UK based author or urban fantasy, Laura Laakso. She is a Finn who has lived for most of her adult life in England. She is an accountant, dog trainer and author. "Fallible Justice" is her debut novel and the first in her paranormal crime series Wilde Investigations.

LAURA: I try to avoid caffeine and I’m not one for tea either, but I do love hot chocolate. It’s at its best when made from scratch, preferably with coconut milk and cardamon. I like to curl up on the sofa in the evening with a big mug (or a small vat) of hot chocolate and either a good book or a laptop.

DL: You work full time as an accountant. So firstly well done on finding time to write. I too have a part-time job with numbers doing payroll.  What is the most difficult part for you about switching from numbers to words?

LAURA: Normally, the difficult bit is the other way around! Having spent my commute to work thinking about ways to dispose of bodies or frame someone for murder, it’s a bit of a shock to the system when I’m then supposed to give tax advice all day. After a busy day at work, I’m pretty tired and my brain rarely feels like composing a literary masterpiece. Fortunately, I’m at my most creative in the evening and a walk or some training with my dogs usually helps to clear the numerical cobwebs. 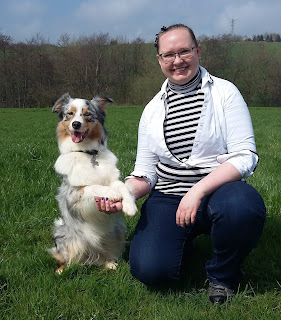 LAURA: Despite the name, Aussies are actually a North American breed, thought to have originated from stock brought over by Australian immigrants. I’ve known Halla’s breeder for many years and loved her Aussies. When my Corgi was getting older, I wanted to get a slightly larger working dog and thought that Aussies were a good compromise between a brilliant working breed and not being quite as smart as Border Collies. In Halla, I’ve got a dog who is as happy to sleep at my feet at a board gaming shop, spend all day at a dog show or curl up on my lap (and usually on my manuscript) on the sofa.

DL: Your debut novel is a paranormal crime series, with two more books planned. What is it about paranormal and crime that inspires you to write?

LAURA: I’ve been a fan of crime novels ever since I discovered Agatha Christie at a local library as a teenager. But for a long time, I thought I wasn’t really crafty enough to come up with a convincing plot for a crime novel. Since moving to England, I’ve read a lot of paranormal novels and have roleplayed plenty of games with magical elements in modern settings. Through both, I’ve developed a fascination for seemingly normal worlds with fantasy elements within them. The Wilde Investigations series takes it a step further because magic is out in the open rather than something to be hidden at all costs. When I got the idea for an infallible justice system and figured out how to fool it, I knew I had a paranormal crime story in my hands. From that first idea, I’ve been hooked! I love dreaming up different crimes that involve an element of magic without the supernatural elements being a Deux ex Machina type solution.

LAURA: Definitely cake. I’m the person who complains in the office that the biscuits my colleagues have bought are boring. I’m trying to perfect a lemon drizzle cake at the moment, so I think I’m going to have to pick that as my favourite. 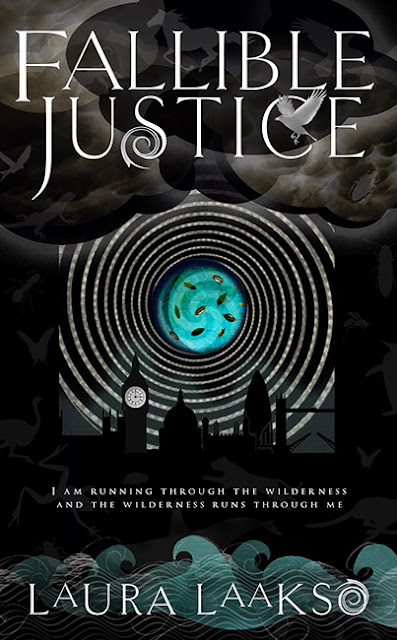 In Old London, where paranormal races co-exist with ordinary humans, criminal verdicts delivered by the all-seeing Heralds of Justice are infallible. After a man is declared guilty of murder and sentenced to death, his daughter turns to private investigator Yannia Wilde to do the impossible and prove the Heralds wrong.

Yannia has escaped a restrictive life in the Wild Folk conclave where she was raised, but her origins mark her as an outsider in the city. These origins lend her the sensory abilities of all of nature. Yet Yannia is lonely and struggling to adapt to life in the city. The case could be the break she needs. She enlists the help of her only friend, a Bird Shaman named Karrion, and together they accept the challenge of proving a guilty man innocent.

So begins a breathless race against time and against all conceivable odds. Can Yannia and Karrion save a man who has been judged infallibly guilty?