When books have similar covers and titles

My post today is about book covers that are similar to other books, or covers that use the exact same image with different fonts.

Unless you’re commissioning an artist or photographer to create a one-off image, chances are your cover designer will select and combine images from the stock suppliers – Shutterstock, Pixeby, Deposit Photos – and any other number of sites, and then wave their wand and combine multiple images to create a book cover. But sometimes one image is powerful enough that we don't want to mess with it. When that happens, one book cover can be similar to another. This issue of similar covers isn’t exclusive to indie publishers who have a limited budget and might be accused of slapping a book title on an image, there are many cases of the large traditional publishers releasing books with very similar book covers. 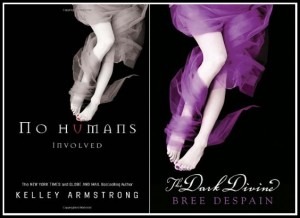 Check out some of these lists:

This happened to me. I searched the stock images and found one I liked. I didn’t alter it because it was already a great image. Mistake number one. Most digital designers will at least alter an image. But as I said, this is such a striking image and perfect for my book cover. It captures everything I want to state. So I scoured Goodreads and Amazon to see if any other sci-fi books had this type of cover, and found none. Until I was one week away from release.

The first time I saw my image used was when I signed up to a promotion through Instafreebie. There was a short story collection with my image! I had just lined up a bunch of blogs for a cover reveal, as well as organised the print and ebooks and uploaded them to online sites. This ebook is available on Amazon. At first I panicked and dozens of questions ran through my head. Could I pull the cover and change it? Did I want to change it? Should I say anything? I didn’t have time to do anything. The release was days away and I had to line up bloggers and reviewers. I decided to let it slide for now and make a note to contact the author and offer to buy them a new cover.

Of course I checked if this was a unique case and discovered that it wasn’t. Goodreads has a list dedicated to Same Cover Different Book. There are 359 book covers on this list. There are traditional published books and indie books. There are famous authors and unknown authors. “The Laughing Corpse (Vampire Hunter  2)” by Laurell K Hamilton, was first published in 1994, but the 2005 version has a strikingly similar cover to its copycat “Dark to Mortal Eyes” by Eric Wilson was published 2004. Considering that Laurell K has over 73K rating and 1900 reviews, I don’t think it really bothered anyone so much that the covers used the same image. Especially since the image has also been used on “Peeps” by Scott Westerfield and that book has over 23K rating and over 1900 reviews and was published in 2006.
Anyway, I decided to just continue. It wasn’t on purpose that I set out to copy another book cover image.

However, you can imagine my disappointment when I received an email from an author enquiring about my book cover. His book also has this image. This author was also under the impression that the cover design was unique. He very kindly contacted me, and I was so thankful he didn't do the snark public tirade on Twitter approach. 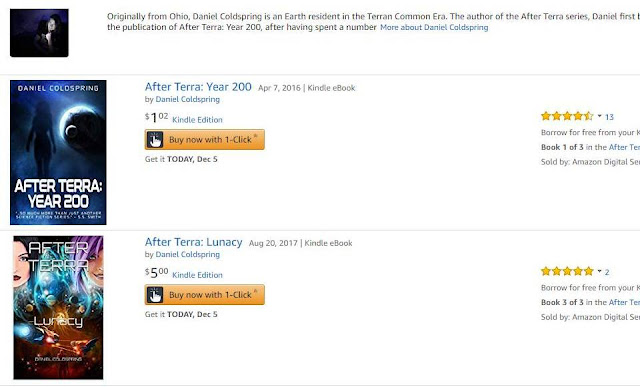 The other trend I noticed which I didn’t until I named my book. I played around with dozens of book titles and eventually settled on “Earth Quarantined”. I even googled this, entered the title in amazon and Goodreads, and thought it was unique. Not so. It’s Murphy’s Law that the minute you hit publish you find the errors. Same with book titles. I noticed more titles using the “Earth ...” titling. Some published before me, some around the same time. My book titling was by no means unique as I’d thought. I’m sure the author who accused Nora Roberts of copying her title thought she had something unique too.

Let me further add, this happens in fashion and music too. Breakfast cereal, movies, the list goes on and on. 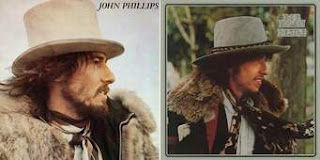 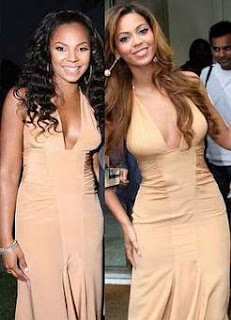 I’ll leave you with this last thought. If you’ve even gotten up in the morning and thought to yourself “I’m going to go for a nice drive today” and you hit the road to find that hundreds of other drivers are doing the same thing, there are few terms for this: Multiple Discovery, Zeitgeist, Simultaneous Invention, and Independent Invention. People come up with the same idea independently all the time. But let’s not carry on like idiots. Let’s acknowledge each other’s work, strike one up for zeitgeist, and let the readers decide which books they want to read.

Beneath the Floating City by Donna Maree Hanson
https://www.amazon.com/gp/product/B0748DF2Y8