Showing posts from March, 2020
Show All

The earth is closed today 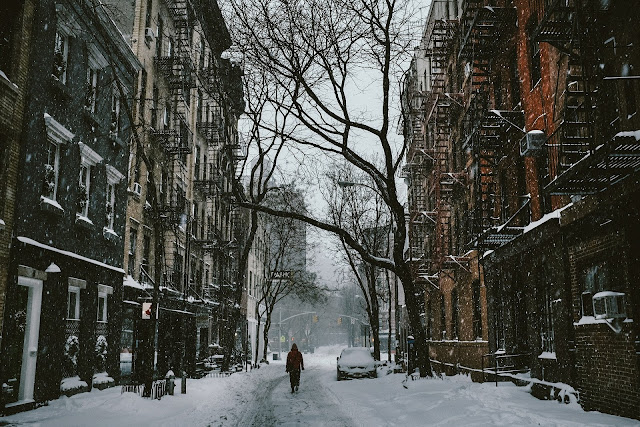 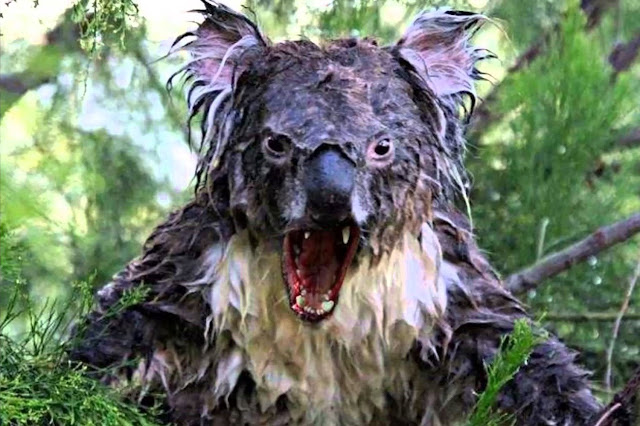 Just for fun, I thought I'd write a post about a great Aussie icon, the drop bear. MYTHICAL AUSSIE DROP BEAR A drop bear is a hoax in contemporary Australian folklore featuring a predatory, carnivorous version of the koala. This imaginary animal is commonly spoken about in tall tales designed to scare tourists. Why? Because Australia actually has some of the world’s deadliest animals. And Australians truly are larrikins, so we love a good joke.  If you don’t know what that word is, then you’re missing out on some great Aussie slang.  Here is an  extensive list  of Aussie slang and their meanings if you're interested.  If you ever set foot in the Outback (make that most of Australia), you will hear Aussie slang.  Watch Crocodile Dundee and you'll pick up some Aussie slang: larrikin, strewth, fair dinkum, esky, bottle-O.  It’s like another language.  But that’s not all that Australia is known for. We are also known for our dangerous animals. There is a co
Post a Comment
Read more

Do you need to be a kid to read a kid's book? Do you need to be a kid to enjoy a kid’s book? My answer is no. While you need to be an adult to read adult books, the opposite is not true for kid's books, except for perhaps picture books. There are many middle grade and young adult fiction titles that make great reading for adults. Quite a few of these books are on my ‘what I would take from my burning house’ list. “The Hunger Games” by Suzanne Collins (young adult) I was not a teenager when this came out. However, I had heard so much about this book that I decided to give it a go. I was in my forties when I bought it, and I loved this book and this series. I loved the books and movies. Did I identify with Katniss the teenager and her teenage issues? No. I identified with Katniss the rebel who revolted against the establishment, which is what adults would love to do but can’t because of mortgages, bills, insurance. “The Hobbit” by J.R.R. Tolkien (middle grade) I was ten when this book was read to me by my
Post a Comment
Read more

The Bird with the Broken Wing - spotlight 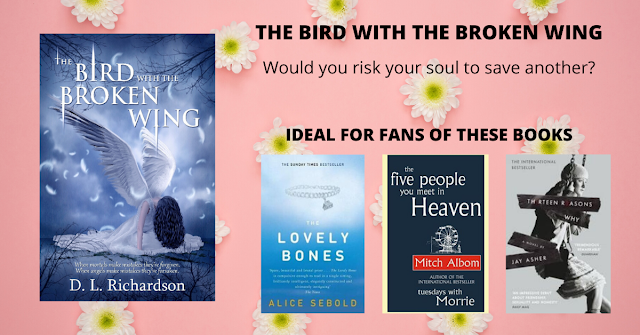 Part of my back catalogue spotlight is letting you know why I picked these 3 titles to sit alongside "The Bird with the Broken Wing". "The Lovely Bones" was chosen because of a reader review: "This speculative fiction novel is similar to `Lovely Bones,' by Alice Sebold due to its twists and turns that evoke emotional trauma." I haven't read the book or seen the movie, but it was nice to have my book compared to a smashing success. "The Five People You Meet In Heaven" was chosen because it's a reflective look into life and the afterlife, set in Heaven, and this book reminded me of the characters in my book as well as its unique setting. "13 Reasons Why" was chosen because of the topic. In this book, the main character commits suicide and tells the story through the tapes she has recorded. My main character does the same and ends up in Purgatory with two other characters. Teen suicide is a serious
Post a Comment
Read more
More posts