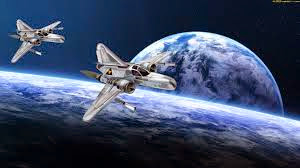 I recently completed the first draft of 2 books, part of a series that were going to be in the post-apocalyptic genre. It was going to be set in Australia and it was going to be great. Everyone I spoke to loved the idea of a book set in Outback Australia. Including me.

And yet, in March 2020, after I had the storyline, the characters, the events, the twists, and all the action for 2 books completed, and just as I was about to start book 3, I realized something: I hated this story.

That's not a good position to find oneself. After over a year of writing these two books, I hated the books and didn't want them released. I was ready to call this a year of lost writing. Instead, I set this series aside and returned to writing book 2 in the Earth Quarantined series, which I had set aside to write those post-apocalyptic series. And I remembered how much I loved writing in my futuristic world that as soon as I finished the first draft of Earth Arrested, I came up with an idea on how to salvage these two post-apocalyptic books I had written and set aside.

One way to overcome writer's block or to salvage a book that just isn't working: change the genre.

I realized that it wasn't that I didn't love the books and the characters. It was that I didn't love them in their current setting. These characters and their story just didn't suit a post-apocalyptic setting. Or maybe I couldn't come up with a strong enough story. But putting these books aside was the best thing I could have done, because I am in love with the new concept.

By the way, setting aside a book because it isn't coming together is not uncommon for authors. Some books just click from start to finish. Others start life out as one idea and end up another. My first published book The Bird with the Broken Wing started out like that. I had them as adult characters, and I couldn't get the book finished. Then I had the idea to make all the characters teens, and the story wrote itself. It flowed better and made for a stronger book.

So what has changed with this new series?

Basically, the only change I'm making is the sub-genre. It is still going to be science-fiction, but since it is now going to be set in space, and not on Earth, it will be considered Space Opera or Space Adventure or Colonization. There are a few categories to choose from. But the point is that is it NOT post-apocalyptic.

And here is the most interesting part. If I were to keep this series as post-apocalyptic, the plotline and characters would need to change significantly. But setting it in space, I don't have to change much at all, except the world they live in. It's hard to explain, but it feels as if this book was set in the wrong genre from the start.

I can't give too much away about the plotline, because I have more books to finish before I can release this series, but I wanted to let writers know that if a book doesn't come together, put it aside and consider these changes:

Change the genre. This has the effect of giving the storyline a shot in the arm. If your book is stuck, it might be because it is stuck in the wrong genre.

Change the gender of the main character. I did that for the Earth Quarantined series and it went from being cliche to thought-provoking.

Change the age of the characters. Sometimes it might work to make them younger or older, or even way older. Or weave a story over childhood and adulthood.

Change the timeline. If it is set in the here and now, maybe you need to set it in the future or the past. Or vice versa.

Change the tone. Does the story need humor or does it need more darkness? You might have started out writing a cozy murder mystery but find that it should be a gritty horror instead.

The point is that most manuscripts are salvageable. Here are a few ways to do this.

Take one chapter of the old manuscript and retype it using any of the suggested changes and read them to determine which works best.

Write an exciting blurb using a few of the suggested changes. If you come up with a blurb that excites you, there is your story.

And don't be worried about tossing half the book away. I've done that too for a murder mystery I wrote as my pen name. The Widow Catcher had the back half of the book tossed. It hurt to do it, but it was the best thing for the story.

I hope these tips will help you overcome writer's block or help to salvage a book you've started writing but just doesn't feel right.